In an evening of concealed identities and masked endeavors, Private Practice turned up the heat on Thursday’s episode.

Naomi took on the role of office voyeur while Violet argued in one room with the office tag team — Sheldon and Pete, the “possible baby daddies” — and demanded a paternity test. In the next room, Sam‘s new leading lady Sonya was letting him have it — and for good reason. From what Naomi gathered, Sam had called out her name in a heated moment of passion.

“I want someone to call out another woman’s name while having sex with me … because it would mean someone was on top of me,” Addison, joining her in eavesdropping, explained.

It seems it had been a while for Addy and she wasn’t afraid to talk about it. And Naomi was not the only one privy her plight. Addison’s new patient — a woman who feared she was having a miscarriage — became her sounding board during a routine amniocentesis. As Addison talked about her inactive sex life, she informed her patient about a new potential crush: the cute doctor whose name she doesn’t know but still flirts with fairly regularly in the scrub room.

Meanwhile Cooper was dealing with the complicated case of terminally ill, 12-year-old Annie, who demanded the removal of her tubes and IVs. Even though this would leave her with little chance of living, at least she could be “a person.” Annie’s parents gave in to their daughter’s request, and Cooper agreed, but Noah, who was also working on the case, was adamantly against it.

Noah consulted Charlotte who took charge and halted the removal. But in a change of heart, she talked to Noah and convinced him that letting the girl go was the best thing to do. When Cooper found out about her anonymous good deed, he ran to her shocked, happy and smitten in love.

Meanwhile, Sam turned to Naomi for advice on getting Sonya back. Naomi suggested a bevy of fun trips — many of which she and Sam had taken together — and became obsessed with their plans until Dell told her she needed to live her own life. And so like that, “the travel agent” was closed. So was Sam and Sonya’s relationship.

Addison’s drama ended no better. As she was meeting with her new sex-advice patient, the woman’s husband came to check in. And he was the sexy scrub room doctor! Addison hadn’t quite figured it out, but his name was Noah.

Despite his connection to her patient, Addison agreed to meet Noah for drinks. She told him she has been where he is and not to “take the step” but he was insistent. “What if I want to take the step? What if the step is all I can think about?” he asked.

“Finishing or starting?” he continued, as if they were back in the scrub room (safe territory). Then, Ad gained control. “Finished” she replied and walked out the door. — Allison Gross

Tell us: Will Sam and Sonya get back together? Will Addison and Noah hook up?Eric McCandless/ABC 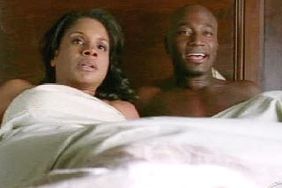 Private Practice Recap: The Race to Save Archie 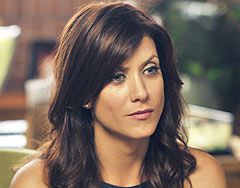