President Obama Slow Jams His Administration's Accomplishments with Jimmy Fallon: 'Orange Is Not the New Black'

Topics of parenting, post-presidency, and of course the election were discussed

Along with late-night host Jimmy Fallon, POTUS opened the show with the popular “Slow Jam the News” sketch, highlighting his 8 years in office while Fallon added in some pop culture references, like calling Obama “Barack-y with the good hair” by alluding to Beyoncé‘s Lemonade album.

During the sit-down, Fallon and Obama focused on the “223 days” left in his second term as topics of parenting, post-presidency, and, of course, the election were discussed.

Though he said his final eight months have not been sentimental, one thing he’ll definitely be crying about is daughter Malia. This week, the father of two will watch his eldest child graduate from high school. “I’ve got some sunglasses,” Obama said about the ceremony being “one more example of the president crying.” As for Malia leaving the White House for Harvard, “I think [she] is very eager to get out of there.”

The Obamas are set to stay fairly close to their old residence come January but before they settle in, they are planning a relaxing vacation. “The last time you get on Air Force One, it’s your last flight you get to go anywhere you want,” POTUS explained, adding he wants to go “some place warm” after experiencing the last 8 winters in D.C. “Michelle and I will take a break somewhere, let the girls manage for themselves, hopefully they’ll be okay when we get back,” he added.

While he counts down his final days, Obama has been keeping a close eye on the election. Hillary Clinton garnered the president’s endorsement after being named the presumptive Democratic nominee on Wednesday.

“It was a healthy thing for the Democratic party to have a contested primary,” said Obama, who thought Bernie Sanders “pushed the party and challenged them,” and ultimately made Hillary Clinton “a better candidate.”

As for presumptive GOP nominee Donald Trump, Obama noted that this year’s election needs to “remind the American people that this is a serious job, this is not reality TV.”

Later he added: “The truth is I am worried about the Republican party. Democracy works, this country works when you have two parties that are serious and trying to solve problems, at the end of the day, you want a healthy two party system.”

In fact, Obama is more than concerned. “I actually haven’t been enjoying watching some of the things that have been happening,” he shared. “As a whole my hope is that there’s some corrective action, and we start figuring out how to work together. My hope is that the Republican party steps back and reflects.” 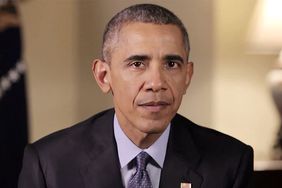 President Obama Expresses Concern For Republican Party During 'Tonight Show' Appearance: 'You Want Somebody Who Could Do the Job If They Win' 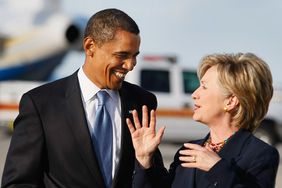