Khloé Kardashian is asking for boundaries during the final stages of her pregnancy.

The pregnant Keeping Up With the Kardashian star — who will soon welcome her first child, a son, with her Cleveland Cavaliers player beau Tristan Thompson — was traveling through an airport recently when paparazzi allegedly screamed “rude things” at her while taking her photograph.

“It’s the only time I feel incredibly exhausted, swollen and nauseous,” she said. “Screaming rude things and taking my picture when I already feel like crap I can really do without. At least be [quiet] if you must.”

The expectant mama-to-be extended her “love” to the paparazzi she understands that having her photograph taken “comes with the territory” of being a celebrity, but she asked that they respect her wishes during her pregnancy.

“I love you guys! I know it comes with the territory and I hate when people complain about stuff like that,” she wrote in a follow-up tweet. “But while I’m pregnant I would love some boundaries with the paparazzi. I know it won’t happen but here’s to putting it in the universe.”

Since confirming her pregnancy in December, Kardashian has been open about her pregnancy journey, including her cravings and prioritizing her health.

Recently, she revealed her latest indulgences on her app and website, sharing that she doesn’t go overboard on the sweets. “Of course I have cravings and I give in to them!” Kardashian wrote.

“But, as always, I do everything in moderation. In general, I’m not someone who wants to eat an entire box of cookies. I just don’t eat like that. But, if I’m craving something, I make sure I give it to myself,” the mother-to-be shared.

“During my pregnancy, I’m obviously not beating myself up about what I’m eating at all. I’m more encouraged by how, after the baby comes, I’m going to work off every pound,” the Revenge Body star added. “I’m actually really excited to get my body back. I can’t wait!”

So what exercises does she miss?

“I love that I’m staying active during my pregnancy! I’m so lucky I’ve been able to still work out. Of course, I can’t go as hard as I did before, and I really do miss my intense workouts,” Kardashian admitted in a separate blog post.

She is also looking forward to going through her “nesting” phase.

“I heard later in your third trimester you go through a stage called ‘nesting’ where you just want to clean and organize everything,” she wrote on her app Monday, adding, “My sisters said I would love that, LOL.” (She famously calls herself Khlo-CD for her super organized habits.)

“I am actually looking forward to it,” Kardashian continued. “I just want everything organized and planned and as perfect as possible before the baby comes.” 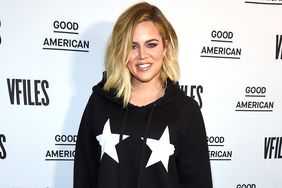 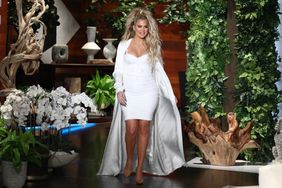 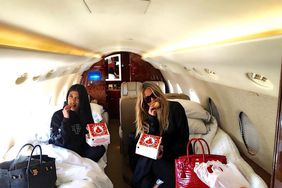 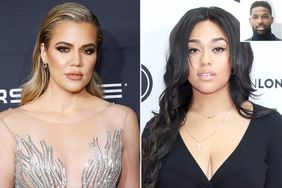 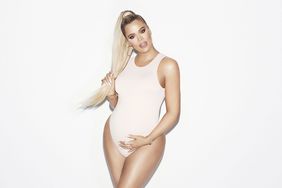 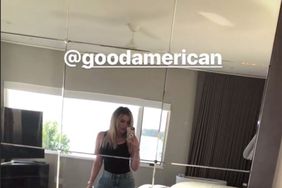