The Real Housewives of Atlanta star, 39, revealed during an episode of Dish Nation on Wednesday that her fiancé has let her take the reins on the planning the wedding

"I do, I do, and I do again" — Porsha Williams is going all out for her upcoming marriage to Simon Guobadia!

The Real Housewives of Atlanta star, 39, revealed during an episode of Dish Nation on Wednesday that she's planning not one, not two, but three separate wedding ceremonies when she and Goubadia tie the knot.

The reality star also said that Goubadia has let her take the reins on the planning their nuptials.

"He did say 'Oh babe, it's okay. Just do whatever you want. It's your day,'" Williams told co-hosts Rickey Smiley and Sherri Shepherd.

Posting the clip on Instagram, Williams gave a nod to the backlash she's gotten over her whirlwind romance, writing in her caption that she'll also be throwing another event around the same time: "a funeral for the haters."

Simon — who is the estranged husband of Williams' RHOA costar Falynn Guobadia — announced that he and Williams were engagemed on May 10, just a month after the two started seeing one another.

"Our relationship began a month ago—yes we are crazy in love," Williams wrote in an Instagram post that same night, alongside a selfie with Simon. "I know it's fast but we are living life each day to its fullest. I choose happiness every morning and every night. Tuning out all negative energy and only focused on positive wishes. He makes me so happy and to me, that is what matters most."

His estranged wife Falynn, 31, announced her split from Simon after two years of marriage on April 22.

Addressing her new relationship, Williams wrote on her Instagram post, insisting that though Falynn and Simon's divorce has not been finalized, the former couple have reached a settlement agreement.

"For all of you that need facts, I get the optics but Simon filed for divorce from a previous marriage in January. I had nothing to do with their divorce filing. That's between the two of them," she continued. "Falynn and I are not friends, and Simon's divorce has been settled. Our relationship is a positive, loving step forward in everybody's lives."

This will be the second marriage for Williams. She was previously married to NRL star Kordell Stewart, from 2011-2013. She also had a 2-year-old daughter named Pilar Jhena McKinley, whom she shares with ex-fiancé Dennis McKinley. 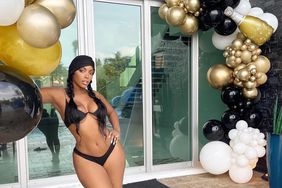 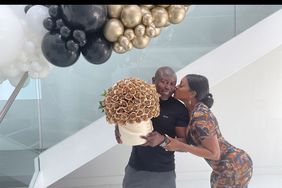 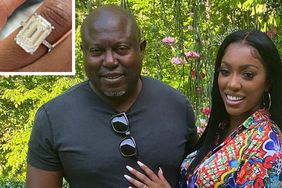 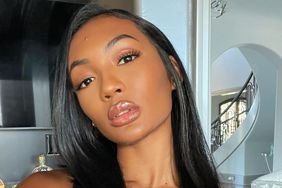 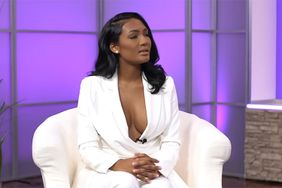