All hail the Queen!

The hosts, whose programs were part of the talk-show craze popularized by Winfrey in the ’80s, will appear on Wednesday’s The Oprah Winfrey Show to discuss their experiences in daytime television.

Donahue’s show, which ran for 29 years (and for 26 of those in syndication), remains the longest continuously running talk show in American TV history. Modeled after Donahue, Winfrey’s show, which is in its 25th year, is a close second but takes the title of the highest-rated talk show.

Picks and Pans Review: Talk, Always Cheap, Got Even Cheaper 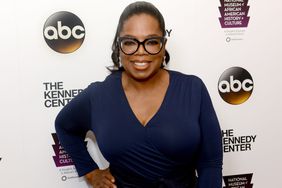 'The Oprah Winfrey Show' Is Launching as a Podcast, with 25 Years of Episodes Available to Stream