Ready to sing again, the American Idol winner opens up about the "toughest year of my life"

The last year has been the most challenging – and rewarding – of Phillip Phillips’s life.

His joyful journey on Season 11 of American Idol – which he won in an emotional finale on May 23 – is something “I never thought would happen,” Phillips, 21, tells PEOPLE.

It almost didn’t: At the same time the gravel-voiced Georgia guitar player was following his music dreams on Idol, he was privately coping with a kidney disorder that often left him in excruciating pain – and sometimes wondering if he could continue with the show.

“It’s the toughest year of my life,” Phillips tells PEOPLE, “but it’s going to be exciting, too.”

It all started a year ago, just as Phillips was auditioning for Idol. After experiencing abdominal pain, he was diagnosed with two large kidney stones.

Over the course of the season, but away from the cameras, he quietly underwent seven painful procedures including a five-hour surgery earlier this month to remove more stones and restructure some of his damaged anatomy.

“This one’s supposed to fix me,” he says.

The Idol champ is now continuing his recovery at a Los Angeles hotel and “resting as much as I can,” he says, so he can be at 100 percent when the 45-date American Idol LIVE! tour kicks off in Detroit on July 6.

He’s also playing his guitar again post-surgery and has started writing music for his debut album, which he hopes to release later this year.

After all he’s been through, Phillips can’t wait for audiences to finally see him at 100 percent. “I’m excited to get out there and show people what I have,” he says. “It’s going to be something special.”

For more on Phillips’s painful and triumphant journey – and what he’ll tackle next – pick up the new issue of PEOPLE, on newsstands Friday 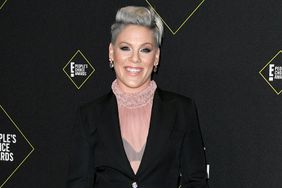 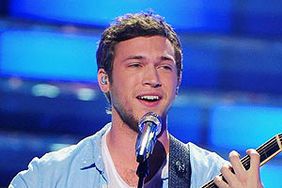