Pete Davidson is sharing his thoughts on Elon Musk's upcoming appearance on Saturday Night Live, after the Tesla CEO had dinner with the show's cast earlier this week.

On The Breakfast Club Thursday, Davidson, 27, said he doesn't "understand" why Musk's hosting gig this Saturday has garnered controversy.

"We didn't discuss it at all because we're all just like … I just don't understand why this is the dude everyone's so freaked out about," Davidson said when asked if they talked about the controversy at dinner. "I was like, 'What did he do? He's just like, a really wealthy businessman that makes, like, nerd s---.' I don't know. He's really nice. I'm excited."

As for whether any of the cast members are upset about the choice to make Musk a host, Davidson said, "Nobody that I f--- with."

"Everybody's kind of been like, 'Yo, who's the guy that's so pissed off?' 'Cause we're on a group text, so we're all just like, 'I don't know,'" he said. "So, yeah, we're all excited and really don't understand the controversy."

Musk, the second richest person in the world behind Amazon's Jeff Bezos, has most recently come under fire for tweeting out an anti-union sentiment. Earlier this year, he was ordered by the National Labor Relations Board to delete the tweet.

Despite Davidson's statements, some of his fellow cast members did appear to react to the Musk news unfavorably, with Bowen Yang sharing a frowning face on his Instagram Story as it was announced.

When Musk, 49, tweeted, "Let's find out just how live Saturday Night Live really is," Yang reacted on his Story again with "What the f--- does that even mean?"

On her own Instagram Story, Aidy Bryant shared a tweet from Sen. Bernie Sanders about income inequality that fans took to be a reference to Musk. In an interview with USA Today, though, she called the issue "overblown."

"I feel like this is a very overblown thing, and I don't pick the hosts," she said. "I don't really have much to say about it, honestly. It's my job, and I do my job. I look forward to it."

On The Breakfast Club, Davidson offered more details on the cast's dinner with Musk on Tuesday.

"We got Lorne [Michaels], we got Chris Redd, Kenan [Thompson], Chloe Fineman was there. Ego [Nwodim] was there, and [Colin] Jost was there," he said, sharing that it had been more than a year since they had a cast dinner due to COVID-19.

"Before the pandemic, it was like a regular thing. And … I think this week was like, the first one we've had all year. So, it was cool to do again," Davidson said.

Noting that producer Michaels picked up the tab for the meal, Davidson recalled a time that he once thought about paying for a cast dinner — until he saw the price. 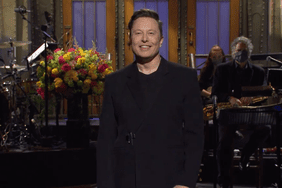 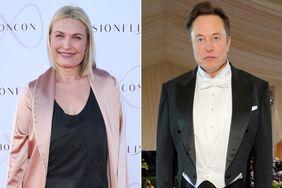 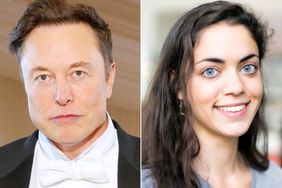