Pete Davidson is back!

Following his two-week absence from Saturday Night Live‘s 45th season due to his commitment to filming The Suicide Squad, the comedian was back in action this weekend — and his return was a memorable one.

Saturday’s episode kicked off with first-time hostDavid Harbour delivering an opening monologue filled with plenty of Stranger Things references. Taking viewers through a tour of the SNL studio, Harbour eventually made his way through an entrance into the Upside Down from his hit Netflix series.

After encountering Aidy Bryant trapped in creepy vines and watching Beck Bennett get devoured by a Demogorgon, Harbour came across a long lost Davidson, 25, much to the excitement of the audience.

“Is this where you’ve been, in the Upside Down?” Harbour asked the comedian.

“Yeah dude it’s lit, right!” Davidson joked, which led Harbour to insist that the Upside Down was anything but pleasant, and that Davidson should return to the show with him.

“Yeah maybe. Hey, didn’t you like die in here at the end of the show?” Davidson asked Harbour, referencing the apparent death of his character at the end of season 3.

Stumbling over his words, Harbour said that he couldn’t say, and told viewers to watch the show next season to find out. He then left Davidson to continue his tour of the Upside Down, eventually making his way out of it.

Later on in the show, Davidson returned for the Weekend Update segment, seated beside Colin Jost, as the two discussed the increase of STD’s due to dating apps.

“I don’t see the problem,” Davidson joked. “I get tested all the time because I look like I have all of them. And I look like I created my own.”

“I read online that dating is actually desegregating America,” Davidson said. “Way more people are dating outside their race and social class and religion. And you’re going to risk all that ethnic harmony to stop a few busted pipes from dripping? I don’t think that’s fair.”

At the end of the segment, Davidson also brought up the joke that Jost made during last week’s show about his absence.

“I did hear your joke about me last week. Calling me that guy who lost his car at a music festival for a week, which I looked up, it was not me. And by the way Colin I don’t know if you’ve seen Joker, but I think you should start being way nicer to me,” Davidson said, which was received by laughter and applause.

Davidson, who has been on the SNL cast since 2014, missed the first two shows for season 45 due to being away in Atlanta to film James Gunn’s upcoming Suicide Squad sequel. He is said to have a cameo in the film.

On the night of SNL’s season 45 premiere, the comedian was pictured in a group photo shared by director Gunn. The shot, which also included Margot Robbie and Nathan Fillion, was taken in a special screening of fellow Warner Bros. film Joker. 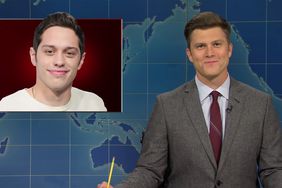 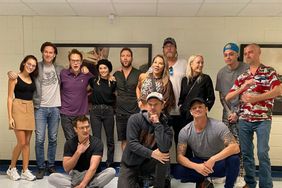 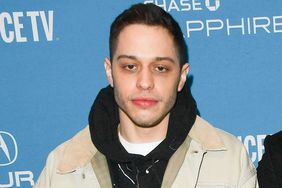 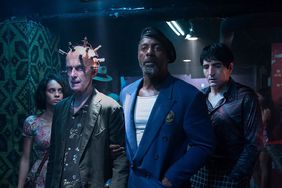