Pete Davidson and Phoebe Dynevor are putting the P.D. in PDA.

The Saturday Night Live star, 27, and the Bridgerton actress, 26, made their first public appearance as a couple Saturday in London, as they attended Wimbledon together. There they were photographed getting cozy as they watched Roger Federer's match from the Lanson suite at the All England Lawn Tennis and Croquet Club.

PEOPLE previously confirmed they were dating in April. "Pete is telling friends he's serious about her," a source said at the time, adding that they're "really into each other."

The pair were first linked in March, when Davidson was spotted in Manchester, England, where the actress lives. The following month, the couple were spotted out together for the first time as they walked around Manchester together.

Davidson opened up about his approach to relationships in May, revealing that he prefers to put it all out there at the beginning.

"I am just very, very honest. I think what a lot of people do is they try to put on — not even their best self — but like, almost a version of themself that they would like to be," he said on The Breakfast Club. "And then eventually, that will unravel, you know?"

"So, I just, off the top, I'm like, 'Hey, I'm nuts. Here's all my issues. Here's what I do. Here's the therapists. This is what happens,'" added Davidson. "And that can either be a lot for someone or they could be like, 'Cool, that was really refreshingly honest.' Or, sometimes it can be a little intense and weird and people can't handle that stuff."

RELATED VIDEO: Pete Davidson Says He Hopes He Finds 'True Love': 'I Am a Hopeless Romantic'

The King of Staten Island actor also added that he doesn't like to play games when it comes to relationships. "No, if I'm into you, I'm really into you," he said. "It just creates this whole anxiety and a lot of stress, and there's enough of that going on. So, I think, like, that part of the relationship, it should be so easy. It should just be like, 'Hey, there's something wrong today.' 'Hey, I'm really happy today.' Communication is really key." 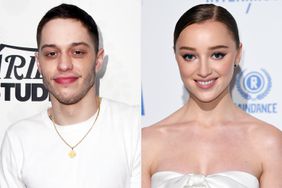 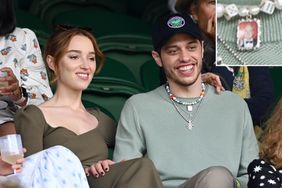 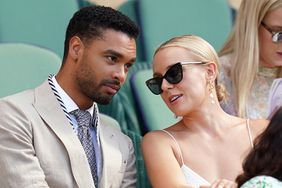