All eyes were on Pete Davidson’s whirlwind romance with Ariana Grande over the summer — and Saturday Night Live took full advantage of that in its season premiere.

During the popular SNL Weekend Update segment, co-host Colin Jost brought on Davidson, 24, to ask him about his high-profile engagement to Grande, 25.

“I got engaged and no one could believe it. I can’t believe it,” Davidson remarked. “I get it, she’s the No. 1 pop star in the world and I’m that guy from SNL that everyone thinks is in desperate need for new blood.”

“Do you remember when that whole city pretended that kid was Batman because he was sick? That’s what this feels like,” he added.

Pete Davidson Says He and Ariana Grande Bonded Over Their Breakups: ‘Timing Is Everything’

Davidson went on to reveal that he’s totally in favor of the pair getting a prenup before tying the knot.

“Obviously I wanted one, you know, so God forbid we split up and then she takes half my sneakers,” he joked. “No look, I’m totally comfortable being with a successful woman, I think it’s dope. I live at her place.”

“The man doesn’t always have to be the breadwinner in a relationship,” Jost remarked.

“God— right, Colin. He does not,” Davidson replied, before announcing that he’s come up with a way to make sure Grande has a reason to stay with him for life.

“Last night I switched her birth control with Tic Tacs,” he said. “I believe in us and all, but I just want to make sure that she can’t go anywhere.”

Minutes into the show, during host Adam Driver’s opening monologue, Davidson’s romance got its first chance to steal the spotlight in the season opener.

Towards the end of the comedy bit, which saw the actor becoming increasingly angry about having to make the same post-summer small talk with the SNL cast, Davidson appeared onstage to exchange pleasantries with Driver.

Showing actual enthusiasm, the actor asked Davidson, “How was your summer?”

“Oh, you don’t want to hear about my summer,” the comedian replied.

“No, actually you’re the one person whose summer I really want to hear about,” Driver remarked.

Cheekily, Davidson proceeded to wink at the camera.

Davidson’s romance also provided the premise for an additional sketch centered around cast member Kyle Mooney’s decision to transform himself into a replica of Davidson — complete with blonde hair and tattoos — as a way to propel himself into stardom.

At one point in the sketch, the pair has a confrontation in the hallway as Davidson catches Kid Cudi hanging out with Mooney.

“Yo Kyle…why are you stealing my look and my friends. Don’t you know I have mental problems?” Davidson asked, referring to his borderline personality disorder.

Mooney then holds up a bunch of pills and replies, “Me too.”

Later on, Mooney also reveals that he has a celebrity girlfriend of his own: Wendy Williams.

Ever the supportive girlfriend, Grande appeared to be backstage throughout the entire performance.

“Live from ny,” she captioned a photo shared on her Instagram Story, which featured Davidson wearing the costume he wore in the show’s opening sketch.

Grande was on hand to support her fiancé, but she was originally scheduled to serve as the show’s musical guest, which ultimately went to Kanye West.

During this week’s Origins With James Andrew Miller podcast, SNL producer Lorne Michaels explained that the “God Is a Woman” singer was their first choice.

“We had Ariana drop out for emotional reasons two days ago,” Michaels said during the interview, which was previously recorded.

In addition to dropping out of SNL, Grande opted to skip the 2018 Emmy Awards on Sept. 17 as she continues to heal after a number of tragic events. The awards show came 10 days after Grande’s ex-boyfriend, Mac Miller, died of an apparent overdose; he was 26 years old. In addition to Miller’s death, Grande continues to cope with anxiety and PTSD after a suicide bomber killed 22 people and injured more than 500 in a terrorist attack at the Manchester show of her Dangerous Woman Tour on May 22, 2017.

“Given the events of the past couple of years, Ariana is going to take some much needed time to heal and mend,” Grande’s team said in a statement. “She will be staying close to home and using this period to spend time with her loved ones and work on new music without deadline. She thanks her fans for their understanding.” 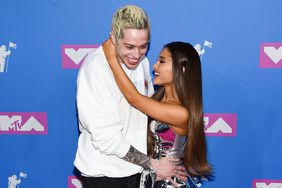 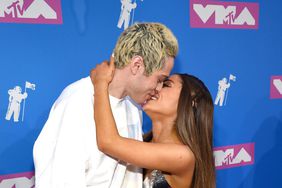 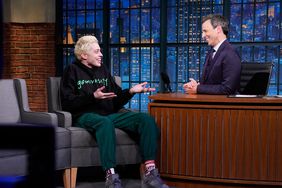