Pete Davidson Addresses His Future on' SNL' : 'I'm Ready to Hang Up the Jersey'

"I'm surprised I made it to seven," Pete Davidson said of his seasons on Saturday Night Live

Both Davidson and Redd, 36, were asked about colleague Kenan Thompson's nearly 20-season run and whether they envisioned a similar tenure on the series. Redd said that he "would never do 18 seasons," to which Davidson agreed.

"Yeah, I'm good," the King of Staten Island star said. "I'm surprised I made it to seven. I'm ready to hang up the jersey. Kenan's like f------ Karl Malone out there."

Pete Davidson Opens Up About Getting SNL Gig at Age 20: 'It Felt Like It Was a Joke'

When the group was asked about the actors whose careers they aspire to have, Davidson said he hopes to follow a path similar to former SNL stars Eddie Murphy and Adam Sandler.

"You get to see a lot of people at SNL, and there's this aura around Eddie Murphy where you're just like, 'Holy s---, that's Eddie Murphy.' Sandler is like that, too, you just can't believe you're seeing him in person. I'd like the Eddie Murphy, Sandler career," he said.

"I like what Sandler did where he's like, 'These are my eight friends, we're going to do this formula for the next 30 to 50 years.' He built this entire universe for himself, and he's in his own lane. That's the model," he continued. "Also, the way he carries himself I try to follow. He's so kind to everyone, and you never hear of a Sandler issue — there's never like a Sandler-gate. Any time you see that guy's face, it's associated with smiles and good vibes. That's the thing I'm trying to follow."

While appearing on SNL's "Weekend Update" during the season 46 finale last week, Davidson closed out the segment with a heartfelt message about his journey on the series.

"I'm very grateful to be here," the Big Time Adolescence actor said. "And it's been an honor to grow up in front of you guys," he told the audience.

Comments from Davidson about him possibly leaving SNL in the future aren't new. He revealed in February 2020 that he's spoken to Sandler, 54, about when he'll know it's time to throw in the towel.

"I have a lot of conversations with people, because it's a hard thing to do," Davidson said on Live Your Truth: An Honest Conversation With Charlamagne Tha God. "You don't ever want to pull the trigger too early. Everybody's always been like, 'You'll know when you know, and it'll be all right.' I personally think I should be done with that show because they make fun of me on it."

Speaking to Entertainment Tonight in June, the comedian said that he would remain on board "as long as they allow me to be."

"I think I'm very lucky to be on that show and I'm really lucky to have [SNL creator] Lorne Michaels as, you know, not only a mentor and a boss, but a friend," he said. "I'll be there as long as they allow it." 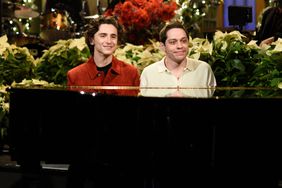 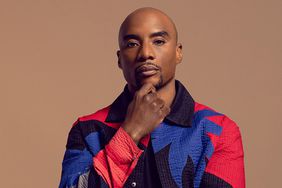 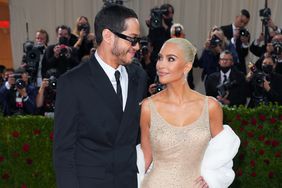