"There were mistakes and timing issues, and I was so sad because he really did have it nailed the day before," she writes

After a two-year hiatus, Peta Murgatroyd is back on Dancing with the Stars— and is partnered with former NBA star (and the tallest guy in the ballroom) Lamar Odom. Here, Peta details what happened when the pair got eliminated last week.

Last week was the end of our DWTS run but the start of a great new friendship for Lamar and I. I truly feel like we were meant to be partners and I’m thankful that our casting director Deena put us together. Lamar’s ability and circumstance made me a better, more thorough teacher. My patience was definitely tested, in all good ways. 🙂 And he made it nice to dial it back and keep it more simple than any other DWTS season of mine.

On Sunday, the day before our live show, Lamar had our Viennese Waltz down pat. We were nailing the technique and the emotion, and I was so happy for him. For some reason on show day, he felt like he was about to hyperventilate with nerves. He was pacing back and forth for hours while we were in dress rehearsal, and his hands were constantly clammy. I did my best to calm him down, but it didn’t seem to work.

I think Lamar was worked up with emotion with his children being in the audience and that, in turn, made him lose focus and second-guess himself. Our dance was beautiful, and I was so proud of him for showing emotion and really getting into it. There were mistakes and timing issues, and I was so sad because he really did have it nailed the day before.

I got emotional when Leah Remini started me off, haha. I was already feeling it, but she tipped me over the edge. I love Leah and she gets it. She gets his mental struggle and the hours of memorization that he put into his dances. She was compassionate, and it was everything that Lamar needed to hear. For that I am grateful.

I think Lamar is the most improved dancer on the show. This is what DWTS is all about, and I’m proud to say it. He did work hard and had to overcome many obstacles to just get out on the floor. He persevered through being at the bottom of the leader board every week and still came out with a smile on his face to dance again, to try again. We might have failed in the scores, but we won people’s hearts. I haven’t had a partner that has 99% of comments being positive about them on my social media. People were really rooting for him and resonated with his story of redemption.

I love my fans and I have to thank them for getting us this far and for being so kind to Lamar! I had a blast. 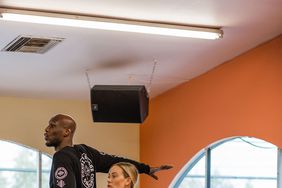 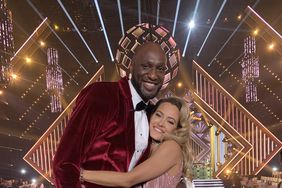 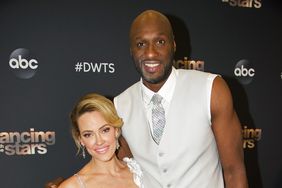 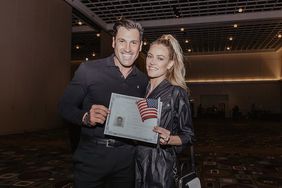 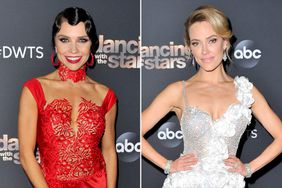 Peta Murgatroyd's 'DWTS' Blog: 'This Week Is a Lot for James' 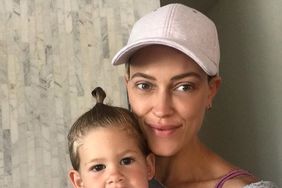