"I don't think I could truly value human love until I developed divine love," the You star says

Gossip Girl fame led Penn Badgley down a spiritual path — and that spiritual path led to his marriage in February 2017 to Domino Kirke and step-fatherhood with her son, Cassius Riley.

The You star, 31, amplified his study of the Bahá’í faith after six seasons of Gossip Girl from 2007-2012 — as well as high-profile relationships with Blake Lively and Zoë Kravitz — made him a recognizable face. “I’m really grateful for [the notoriety], but also, you struggle with things,” he says in the latest issue of PEOPLE, on stands Friday. “The phenomenon of fame is literally invisible, but it influences and dominates your life if you aren’t careful. Learning how to accept it and accept that lots of people think they know me is ultimately what led me to seek out such a spiritual perspective.”

Finding that peace led him to his relationship. “I don’t think I could truly value human love until I developed divine love,” Penn explains. “[Domino and I] very much had a romantic beginning, and I think that you discover in marriage that what sustains a marriage for decades — there are less and less people who can tell us this — but I think it has something to do with [divine] love.”

The Bahá’í faith began in the 1860s in Iran and parts of the Middle East and emphasizes a unity of God and religion and equality among humanity. Badgley describes his belief in God as “almost a pointless exercise because there is no understanding that’s adequate.” He notes, “If God exists, then we are spiritual beings and we have souls and we are noble inherently. … All are essentially equal in the eyes of God.”

Badgley and Kirke (whose sisters are Girls star Jemima Kirke and Mozart in the Jungle‘s Lola Kirke) live together with Kirke’s 9-year-old son Cassius Riley (whose father is her ex-boyfriend, musician Morgan O’Kane) and their dog Terrence, who Badgley says keeps them all laughing.

Badgley’s show, You, airs Sundays at 10 p.m. on Lifetime. 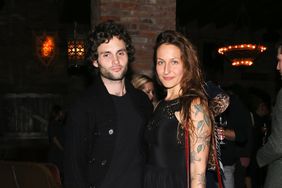 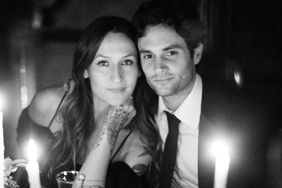 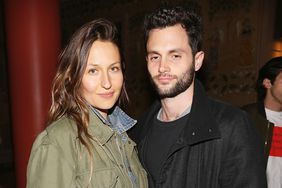 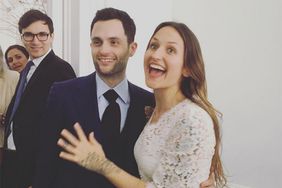 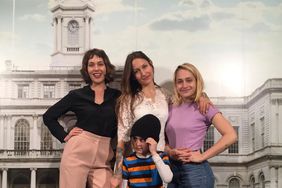 Everything You Ever Needed to Know About Sisters Jemima, Domino & Lola Kirke