Pauley Perrette is in good spirits after spending the night in the hospital.

The former NCIS star, 50, tweeted a photo of herself hooked up to an IV early Thursday morining. Perrette, wearing a hospital gown over grey sweatpants, flashed the rock ‘n’ roll sign for the camera with a heart monitor attached to one of her fingers.

Showing off a rather bloody IV in her right arm, Perrette reassured fans she was all right, though did not explain why she was hospitalized.

“Well this was my night! No worries, clean bill of health,” Perrette wrote. “Just a chance to wear a beautiful gown!”

PEOPLE is out to her rep.

“Get well soon” messages from fans flooded the comments, with one user writing, “Hope you feel better I can’t wait to see it your new show.”

Just last week, Perrette announced her return to the small screen after leaving NCIS last year: She is set to star in the upcoming CBS comedy Broke. The show follows a trust-fund dependent man (Jaime Camil) who is forced to move in with his family and estranged sister-in-law (Perrette) after being cut off by his rich father.

Earlier Thursday, Perrette was absent from the CBS upfronts presentation in New York City, where her costars gushed about her return to TV.“I think Pauley had a lot of choices. She was very passionate about doing a comedy. She really wanted to do a family comedy. I know those two things for sure,” Natasha Leggero told PEOPLE.“I think she fell in love with the writing. It’s brilliant,” Camil said. “Of course, the backbone of every project is the book. So, she fell in love with the book. She waited one year to pick the right project — as you know, she’s a global, massive star. One of the most beloved American actresses in this country. So, the fact that she chose us makes us very happy.

It’s her first series regular role since leaving NCIS in May 2018 after 15 seasons of starring as fan-favorite forensic scientist Abby Sciuto. Days after her emotional finale, Perrette spoke out about her departure from the CBS drama on Twitter, claiming a “machine” is “keeping me silent” and alleging that there were “multiple physical assaults.”

“Maybe I’m wrong for not ‘spilling the beans’ Telling the story, THE TRUTH. I feel I have to protect my crew, jobs and so many people. But at what cost? I.don’t know. Just know, I’m trying to do the right thing, but maybe silence isn’t the right thing about crime. I’m… Just… ?” she tweeted.

“There is a ‘machine’ keeping me silent, and feeding FALSE stories about me. A very rich, very powerful publicity ‘machine’. No morals, no obligation to truth, and I’m just left here, reading the lies, trying to protect my crew. Trying to remain calm. He did it,” she continued

RELATED VIDEO: Michael Weatherly on Pauley Perrette’s Departure From ‘NCIS’: ‘She’ll Be Back and Funnier Than Ever’

She concluded in another tweet: “I’ve been supporting anti-bullying programs forever. But now I KNOW because it was ME! If it’s school or work, that you’re required to go to? It’s horrifying. I left. Multiple Physical Assaults. I REALLY get it now. Stay safe. Nothing is worth your safety. Tell someone.”

In a statement obtained by PEOPLE in May 2018, CBS Television Studios confirmed that Perrette came forward with a “workplace concern” more than a year prior, and that it “took the matter seriously and worked with her to find a resolution.” 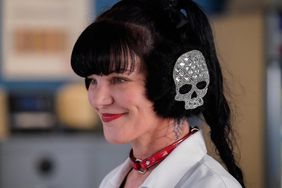 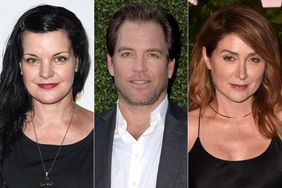 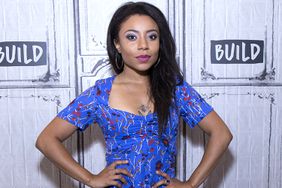