The actress, who has played the forensic scientist on the procedural drama since 2003, didn’t go without thanking her fans for all of their support throughout the years in a video message shared to NCIS‘ Twitter page after the show.

“I hope that the fans will remember everything that Abby has taught all of us over the course of this entire run,” says Perrette, 49. “I have learned from my fans just such an incredible love and support. Abby fans are incredible, they really are the best. I can’t imagine a fan group being any better than that.”

She continues, “They really make me smile. My fans are funny and they’re smart and they’re kind and they’re caring and they’ve been so supportive. Not only of Abby, on the show, but of me, of Pauley. I love them. I’m proud of the group of fans that Abby has attracted because it’s a pretty amazing group of people.”

The finale picked up after Abby and M16 agent Clayton Reeves (played by Duane Henry) landed in the hospital after a mugging gone wrong. While Abby survived being shot in the chest, Reeves succumbed to his injuries. Abby announced that she would be leaving NCIS in order to continue Reeves’ legacy and start a charity in honor of his mom.

At the end of the video, Perrette addresses her fans directly, “To all the fans around the world, I want to tell you, with all of my heart, how much I love you guys. How grateful I am, for all of your support of both Abby and me over all of these years. And just to remember, with me, everything that Abby’s given to us. And everything she’s taught us. I cannot thank you enough. I am so blessed to have fans like you and it means everything to me. Thank you.”

Perrette recently told PEOPLE about how she created two different scholarships — one at her alma mater, Valdosta State University, and one at John Jay College of Criminal Justice in New York City — for women who want to follow in Abby’s fictional footsteps and pursue a real-life career in math and science.

“Abby is not just a TV character for people,” she said. “These young girls have modeled their entire lives off of her. It’s like Abby has raised a couple of generations of young girls and has inspired this international phenomenon of young women going into math and science and STEM programs because she made it accessible, cool, attainable and fun.”

She added: “It’s a scholarship that is going to make Abby live forever in the real lives of these young people that find out about this.” 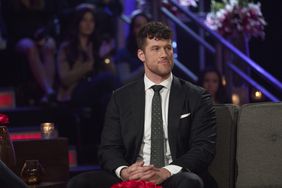