The 50-year-old actress announced on Twitter that her upcoming comedy series Broke will premiere April 2 at 9:30 p.m. ET on CBS, replacing freshman comedy Carol’s Second Act after it wraps up its current season.

Perrette stars in Broke as Jackie, a single mother and bartender whose simple life with her son Sammy (Antonio Corbo) is flipped upside down when her estranged sister Elizabeth (Natasha Leggero), Elizabeth’s rich husband Javier (Jaime Camil) and his assistant Luis (Izzy Diaz) arrive at her doorstep.

The comedy will be Perrette’s first starring role since her departure from NCIS nearly two years ago.

Perrette left the CBS drama in May 2018 after 15 seasons forensic scientist Abby Sciuto. She has claimed there were “multiple physical assaults” on set before her departure.

In June, Perrette posted a now-deleted photo of a crew member with a black eye and stitches. She claimed her decision to speak out and “protect” the crew led to her exit.

Though she did not reveal how or when the alleged assault took place, Perrette and costar Mark Harmon‘s working relationship took a turn after the actor brought his rescue dog on set. In 2016, multiple reports claimed that an unidentified crew member was bitten by the dog, resulting in 15 stitches.

Reps for Harmon and CBS did not respond PEOPLE’s requests for comment at the time.

In a statement to PEOPLE in May 2018, CBS Television Studios confirmed that the actress came forward with a “workplace concern” more than a year prior, and that the network “took the matter seriously.”

“Pauley Perrette had a terrific run on NCIS and we are all going to miss her,” CBS Television Studios said.

Pauley Perrette Confirms She Has No Plans to ‘Ever’ Return to NCIS: ‘Please Stop Asking’

The actress has had a string of incidents in which she says she was injured, most notably claiming to have been attacked by homeless men twice in the space of three months in 2015 and 2016. In May 2019, she posted a photo of herself in a hospital gown with a bloodied bandage on her arm, but did not elaborate on the nature of the injury.

Since her exit, NCIS fans have clamored for Perrette to return to the show. But in June 2019, she made it clear that she would never return to the series and claimed she is “terrified” of Harmon. 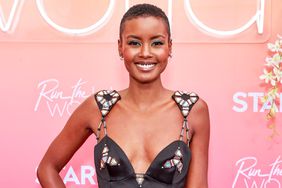