Contestants wait in a line with 10,000 other . When they finally make it through to the judges, they get a single chance — as little as 15 seconds — to prove that they’re the next American Idol.

Except Alesha Stelzl. She got a second chance.

After the 18-year-old from Ontario, Calif., sang Celine Dion‘s “Surrender,” Paula Abdul and Randy Jackson suggested she go learn another song and return to the judges’ chamber to audition again. And not just any song — they wanted to hear a Dolly Parton song.

But Alesha didn’t know any songs by the country legend. Still, she learned the lyrics, bravely returned for a very rare second audition and sang a couple verses of the Dolly classic “Islands in the Stream.” Alesha made it through to Hollywood with a golden ticket that she worked twice as hard to get.

After she left the judges chamber and flashed her yellow piece of paper to host Ryan Seacrest, Simon even told Paula, “Hate to admit it, you were right.” Paula was elated and so was Alesha. But what did you think?

Tell us: Did Alesha deserve a second chance? Did she do well enough the second time to go to Hollywood? Will you root for her when she gets there?Stephen Shugerman/Getty 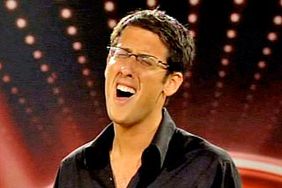 Corliss & Brittany: Who Do You Love More?