"I know to some we all look alike, but..." Padma Lakshmi said on Instagram, slamming The New Yorker for confusing her with Priyanka Chopra

Padma Lakshmi would like to clarify that she is not, in fact, Priyanka Chopra.

Over the weekend, the Top Chef host, 49, clapped back at The New Yorker after the magazine’s Instagram account mistagged a photo of her as Chopra, 37.

Since deleted, the post was part of a series in which celebrities like Mindy Kaling, Ina Garten and Seth Meyers choose their favorite New Yorker cartoons. Lakshmi’s food-humor pick depicted a street hot dog vendor with the caption, “They’re marinated in hot water for six hours.”

Teasing the outlet for the identification error, Lakshmi posted a screenshot and reciprocated the mistagging by thanking the New York Daily News account instead of the New Yorker‘s.

“Thank you to the illustrious “@nydailynews” for the shoutout ? I know to some we all look alike, but ??‍♀️…,” she wrote on Instagram, including hashtags of “Desi Life” and “Just Indian Things.”

Representatives from The New Yorker did not immediately respond to PEOPLE’s request for comment.

From Ryan and Kate to Courteney and Demi, You Won’t Believe These Celebrity Look-alikes!

Padma Lakshmi Doesn’t Care How Much She Weighs: ‘It Shouldn’t Be About What I Look Like’

Natalie Portman, who “liked” the post prior to the mishap making headlines, commented on Lakshmi’s retort, writing, “Oh no.”

Lakshmi, who is set to return as host of Top Chef‘s 17th season this spring, was born in Chennai, India, while Chopra originates from Jamshedpur, India.

Perhaps unaware of the mix-up, Chopra posted a photo of herself with husband Nick Jonas on Sunday, as they curled up on a boat with a picturesque sunset bathing the two of them.

“Life as it should be. ? ❤️,” she captioned the romantic post.

In 2016, Lakshmi opened up to PEOPLE about being bullied in high school for her cultural background, even going so far as temporarily changing her name to Angelique.

“You can ask anybody who went to high school with me, they didn’t call me Padma,” she said. “I didn’t feel any different, I didn’t feel any less American, even though I ate rice and curry or even though my name was Padma or I spoke to my mother in a different language, I felt as American as anybody else in my classroom.”

She added: “But they didn’t feel I was as American.” 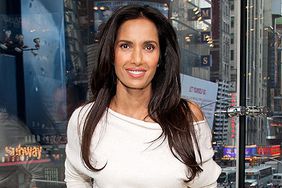 Bullied for Her Skin Color, Padma Lakshmi Changed Her Name to Angelique in High School