'Orange Is the New Black' Star Diane Guerrero on Her Parents' Deportation: 'It Ruined Our Family'

The Orange Is The New Black star wrote a children's book about growing up in the U.S. alone after her parents' deportation

Few celebrities can speak to the trauma of family separation like Orange Is the New Black star Diane Guerrero.

In an exclusive interview with PEOPLE, the 31-year-old actress discusses the middle-grade adaption of her 2016 memoir, My Family Divided, out Tuesday, and the ways the current immigration crisis has dredged up painful memories of her parents’s deportation 17 years ago.

“Immediately I connected so much with these children at the border,” Guerrero says. “I’m a living example of someone who has shared her story [and] who has long-term problems because of my family’s separation. I deal with depression, I have trauma that I have to work on, [and] I have relationship issues that I have to work on.”

In both her adult memoir, In the Country We Love, and her new kids’ book, My Family Divided, Guerrero reflects back on a childhood tainted by the threat of her family’s deportation. Guerrero’s parents, Maria and Hector, came to the United States from Colombia in 1981, with the hopes of finding better opportunity. The family lived in Boston until both of Guerrero’s parents were deported (her older half-brother Eric was deported a few years before).

Guerrero, a U.S. citizen, was just 14 years old when she was left behind. She decided to stay and live with friends so she could pursue her studies at Boston Arts Academy. Effectively orphaned (she’s only seen her parents sparingly during visits to Colombia), the star told PEOPLE in 2016 that sometimes she has nightmares of the day her parents disappeared. “Sometimes I’ll wake up screaming,” she said.

And now the nightmare is real for the thousands of migrant children who were separated from their parents because of President Donald Trump’s strict immigration policy. On June 20, Trump signed an executive order to reverse his own child separation policy. But attempts to return children to their parents are slow and problematic. (The latest count reveals that 2,551 migrant children who were separated remain in U.S. custody, according to The New York Times.)

“Our children in the United States … have always been attacked and we’ve never seen it more blatant and disgusting than now,” Guerrero says, “with the gun violence in our schools, with the police brutality against black children, and the separation of families. Now [we’re] seeing these refugee kids in cages. Their only crime was to be a refugee and last I checked it wasn’t a crime to be a refugee.”

For Guerrero, the best way she can fight back against immigration policies that have destroyed these families and her own is by sharing her story.

And there’s one fact she wants to make clear: family separation results in unimaginable emotional and physical trauma.

“I know [my mental health issues are] directly correlated to my family’s separation,” Guerrero tells PEOPLE. “That’s something that ‘experts’ [officials in the White House] do not talk about when talking about family separation and deportation in this country. ”

In June, Dr. Fiona Danaher, of MassGeneral Hospital for Children in Boston, explained the long-term impact of trauma like that experienced by migrant families. Such trauma can lead to “changes in physiology that promote physical and mental illness throughout the life course,” she wrote, according to The New York Times. She explained that the consequences of family separation could be felt for generations.

In her adult memoir, Guerrero reveals the personal costs of being torn from her parents, explaining that she suffered from depression, came close to attempting suicide twice, and cut her wrists. She makes a point to include these difficult moments in her middle-grade book.

“I really would have given anything to have examples of my story that I could relate to, so I wouldn’t have felt so alone,” she says about the importance of adapting her memoir for children. “My story was so taboo and had so much stigma around it. I felt like there really wasn’t a place where I belonged in this world. That is pretty tough [feeling] for a child to grow up with.”

While therapy has helped Guerrero overcome her own trauma, she says her family will never completely heal.

“There will never be any closure for what happened to me and my family,” Guerrero says. “[My parents were deported] and it ruined our family. It ruined a lot of our connection and it has severely damaged our family in irreparable ways.”

But her parents haven’t lost hope, especially as they see that their daughter is using her platform for activism. (She volunteers with the Immigrant Legal Resource Center and Mi Familia Vota.)

“I think that sharing my story has given my parents some solace,” she adds, “and has helped them maybe forgive themselves a little bit more. [Sharing my story] helped them connect with me. Knowing that I am active in this fight makes them very happy.”

My Family Divided is on sale now. 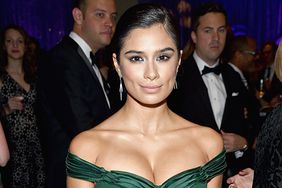 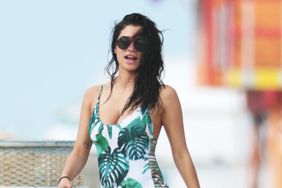 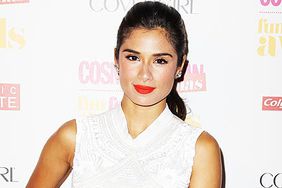 'Orange Is The New Black' 's Diane Guerrero Opens Up About Her Parents' Deportation: 'My Story Is Heartbreakingly Common' 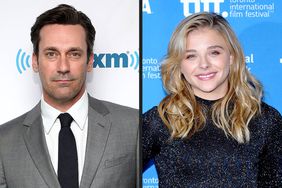 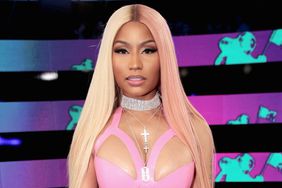