Fans of High School Musical: The Musical: The Series have a lot to look forward to in the show's upcoming second season.

HSMTMTS stars Olivia Rodrigo and Sofia Wylie recently stopped by PEOPLE (the TV Show!) to discuss the highly-anticipated season — and Rodrigo teased all of the "relationship drama" that's in store.

"I can't give too much away, but the romance is hot in this season, not only just with my character but also with other characters," the singer, 18, told PEOPLE. "I think that you're going to get to see a lot more, sort of, relationship drama. So I'm excited for people to see that."

As for Wylie, she's most looking forward to fans experiencing the many performances. the cast has in store.

"That's always one of my favorite parts," the actress, who plays Gina Porter, said. "The performances are so big, so much work was put into all of them."

On the Disney+ series, Rodrigo's character Nini Salazar-Roberts is romantically linked to costar Joshua Bassett's Ricky Bowen. Rodrigo and Bassett, 20, were also rumored to have dated each other off-screen as well.

Following their apparent split, Rodrigo released the song "Drivers License" while Bassett's debuted his own single "Lie Lie Lie" — both of which were rumored to be about one another.

"Drivers License" spent eight weeks at No. 1 on the Billboard Hot 100.

"It's been so incredible," she said on PEOPLE (the TV Show!) of the attention her song has received. "I love writing songs. It's my favorite thing in the world to do, so the fact that people are listening to the songs I write and resonating with it is just my biggest dream come true."

Despite the many fan theories, Rodrigo has yet to confirm who the song is actually about. Speaking to Billboard earlier this year, Rodrigo explained that the song's backstory is not the point of the track.

"I totally understand people's curiosity with the specifics of who the song's about and what it's about, but to me, that's really the least important part of the song," she told the publication in January. "It's resonating with people because of how emotional it is, and I think everything else is not important." 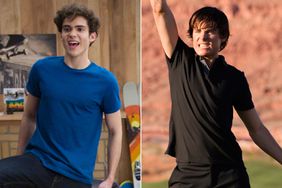 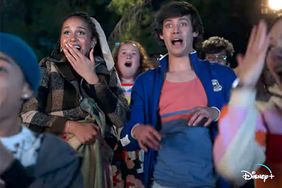