"It was hard to spend Thanksgiving without her parents, and it's going to be an even harder Christmas, but it's also time that she can focus on her own life," a source close to the family tells PEOPLE

The holidays will be looking very different for Olivia Jade Giannulli and her sister Isabella Rose this year.

On Tuesday morning, the beauty influencer, 21, broke her silence about her family's involvement in the college admissions scandal on Facebook's Red Table Talk.

In the emotional interview, the star revealed she hasn't been able to speak to her parents, Lori Loughlin and Mossimo Giannulli, since they began serving their prison sentences several weeks ago.

While Thanksgiving was difficult without her parents, a source close to the family tells PEOPLE the YouTuber is also using this time alone to figure out her next steps.

"It's going to be an even harder Christmas, but it's also time that she can focus on her own life," says the source. "The girls can't rely on their parents to 'fix' things anymore."

On Red Table Talk, Olivia Jade insisted she was taking responsibility for her and her family's "mistakes" and had learned about the privilege she grew up with.

"Changes have to happen within, and the girls are using this time on their own to figure out how to make their lives more meaningful," says the source. "This isn't an easy time, but it's what's needed."

While she's largely stayed away from her social media accounts and YouTube channel, Olivia Jade — who dropped out of USC after the scandal broke in 2019 — plans to return to the online video platform when the time is right.

"Beauty and fashion remain huge passions for her, and it's what she wants to do in life," says the source. "She'll go back to her YouTube channel but do it in a more meaningful way."

Loughlin reported to prison on Oct. 30 at FCI-Dublin in northern California and is expected to be released by the end of the year. Mossimo began his sentence on Nov. 19 at a federal prison in Lompoc, near Santa Barbara.

"It's been hard," Olivia Jade told Jada Pinkett-Smith, Willow Smith and Adrienne Banfield-Norris on Red Table Talk. "I think for anybody, no matter what the situation is, you don't want to see your parents go to prison, but also I think it's necessary for us to move on and move forward."

And though it's been difficult, she said she recognizes that the family "messed up."

"I'm not trying to victimize myself. I don't want pity — I don't deserve pity. We messed up. I just want a second chance to be like, 'I recognize I messed up,'" she said. "I never got to say, 'I'm really sorry that this happened,' or, 'I really own that this was a big mess-up on everybody's part,' but I think everybody feels that way in my family right now." 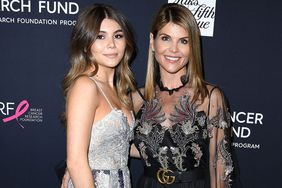 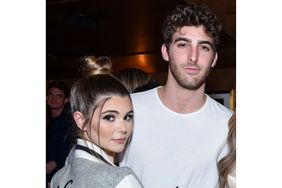 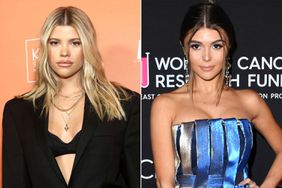