Norm Macdonald, who died Tuesday after privately battling cancer, was an SNL cast member from 1993 to 1998

Norm Macdonald may be gone, but the legacy he left behind him will not be forgotten.

PEOPLE confirmed Tuesday that Macdonald died after privately battling cancer for nine years. He was 61.

Though his career was filled with an abundance of credits, Macdonald is best known for his work on Saturday Night Live. While appearing on the long-running series from 1993 to 1998, he anchored the show's Weekend Update segment for three seasons.

He also impersonated many celebrities throughout his run, including David Letterman, Larry King, and Quentin Tarantino.

In paying tribute to Macdonald after his passing, take a look at 10 of his best moments from his time on the popular NBC sketch comedy.

Macdonald brought his comedic stylings to a hilarious 1996 cold opening in which he impersonated former U.S. Senator Bob Dole.

Playing a gang leader in a 1996 sketch, Macdonald's character understandably grew frustrated when his gang members continuously broke out into song and dance in true West Side Story-inspired fashion.

In this hilarious sketch from 1995, Macdonald was a part of a group of friends who decided to break into the Central Park Zoo and visit a polar bear at its enclosure — and the results were deadly, to say the least. Adam Sandler, Chris Farley, David Duchovny, Jay Mohr, and Tim Meadows also appeared in the sketch.

Just one year after being fired from SNL, Macdonald returned to host the long-running series in 1999. He also didn't shy away from roasting the show in his opening monologue.

In 1997, Macdonald showed off his impression of former sportscaster Marv Albert, who — in the skit — described his unusual sexual habits in an interview with Oprah Winfrey (Meadows).

Though many SNL cast members were confused by Ferrell and guest host Brendan Fraser's closeness in this 1997 opening sketch, Macdonald wanted to be the pair's pal as well. The trio then gleefully sang "Buddy Songs" together. 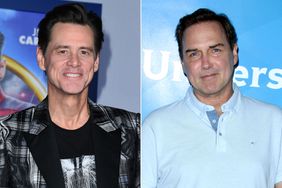 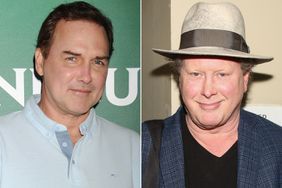