Another member of Bachelor Nation is weighing in on the Bachelor in Paradise drama between Blake Horstmann and Caelynn Miller-Keyes.

Former Bachelor Nick Viall addressed the situation on a recent episode of his podcast The Viall Files, alleging that Horstmann’s release of his text messages with Miller-Keyes was “premeditated.”

Viall, 38, explained that he had “learned some information” from members of Bachelor Nation at Ashley Iaconetti and Jared Haibon’s wedding over the weekend.

“I know, by talking to a lot of people over the weekend, that Blake admitted, ‘I know that she is going to look bad,’ ” Viall claimed. “I know that he threatened people about releasing these text messages for months in anticipation of this coming up, which makes it all that more premeditated.”

The reality star added: “Then he ended up deleting it when it got really nasty, but it’s not like he didn’t realize. This whole idea, ‘I didn’t think this would affect her the way it did’ — he knew. He admitted to it. There’s texts out there of him saying this.”

“It was premeditated, he knew it,” Viall continued. “It makes it all that much more nasty.”

Viall then explained that his issue with the release of the texts was that “Blake tried to show up to Paradise and pretend to be someone he’s not.”

“He wanted people to keep thinking he was, say, more [former Bachelor] Ben Higgins than some other f— boy,” the Bachelor star said. “It didn’t go his way and then he decided to retaliate”

“It was more important for him to try to change people’s opinions back to like, ‘Oh, Blake is just a sweet boy who this was just one weekend where he got a little drunk and had a little bit of sex.’ No, he’s been, like, f—ing like crazy for an entire year,” Viall alleged.

During Paradise‘s two-night premiere last week, Miller-Keyes revealed that Horstmann had hooked up with her one day after sleeping with franchise star Kristina Schulman while all three were at the Stagecoach Festival in April. Miller-Keyes tearfully told cameras he’d called their night together a “mistake” and begged her to keep the tryst a secret.

As the episodes aired, Horstmann posted their text messages from Stagecoach on his Instagram Story. Their conversation seemed to debunk her story, suggesting she sought him out for sex and was just as concerned about people finding out.

Horstmann has since deleted the screenshots, apologized for what went down at the music festival and said he was not trying to “attack” Miller-Keyes.

A source previously told PEOPLE that Horstmann didn’t want to hurt Miller-Keyes by releasing the messages, but felt like it was his only choice because his character was being attacked. Miller-Keyes later responded to the leaked texts, saying that they were “not an accurate representation of our past relationship.”

The scandal has divided Bachelor Nation. Many franchise stars supported Horstmann on Instagram, but others defended Miller-Keyes. BiP‘s Dean Unglert, who sources have said is now dating Miller-Keyes, slammed him for “slut-shaming” her, and Paradise alumnus Kevin Wendt revealed he was with Horstmann “just the day before” he released the texts. 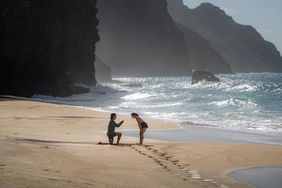