"I just want someone to make memories with," says the former Bachelor

Months after rumors began flying that Nick Viall and January Jones were dating, the former Bachelor is putting them to rest.

In January, Page Six reported that the actress had started seeing Viall — and that he celebrated her birthday alongside her Mad Men costars in Los Angeles. Though Jones had recently liked one of the reality star’s photos on Instagram and commented with a flirty heart emoji, a source told PEOPLE at the time that the two were just friends. Last month, Jones confirmed to Entertainment Tonight that Viall was “a friend” and “super sweet.”

The speculation came months after Jones — who has long been outspoken about her obsession with the ABC dating franchise — revealed that Viall, her not-so-secret Bachelor crush, had reached out to her team to ask her to battle him on Lip Sync Battle, which she declined.

“You don’t know if you like him or if he’s a scumbag — and I think that’s why I’m attracted to him, maybe?” Jones, 40, said of Viall, 37, who announced his split from fiancée and Bachelor finalist Vanessa Grimaldi last August, five months after the season finale aired.

On Wednesday, Viall — who brought “a friend” to the event — said he’s not “not in a serious, committed relationship,” but is hopeful about finding the right person eventually.

“I just want someone to make memories with, hopefully make me a better person, give me a chance to help them do the same, and have some fun,” he said. 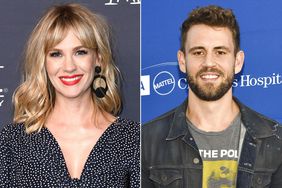 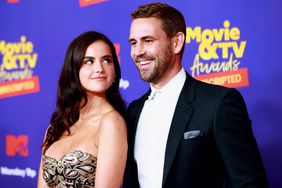 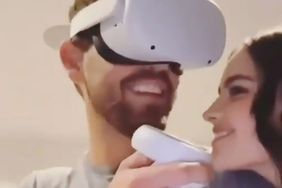 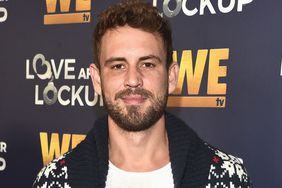 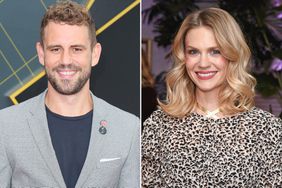 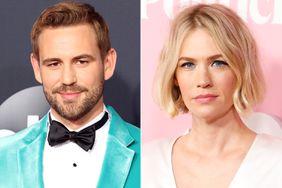 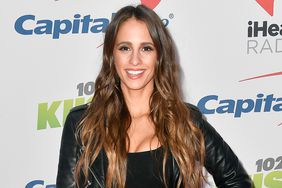