"Just when I thought it couldn't get any worse," Nick Cannon wrote

Nick Cannon is mourning the loss of his friend, rapper Ryan Bowers.

Amid the fallout from his recent anti-Semitic comments, Cannon shared a tribute for Bowers, who the entertainer said died by suicide.

“Just when I thought it couldn’t get any worse... 2020 is definitely the most f— up year I’ve ever witnessed!” Cannon, 39, wrote. Appearing to address his own mental health, Cannon said that his friend’s death occurred as he was struggling with his “own dark contemplation.”

Cannon went on to address some of the struggles Bowers, who had been signed to the Cannon's record label, had been through, which included being shot by a police officer in 2019.

“I stood by his bedside and promised him that if he made it out & fought the good fight that I would make his dream come true and put his album out and share his story with the world,” The Masked Singer host wrote. “His music was definitely his safe haven and it was amazing.”

“I am certain that your energy will never die and your Spirit is eternal, so I ask you still to forgive me for letting you down Warrior,” Cannon added.

Singer Kehlani, who was also a friend of Bower’s, went on to share a series of emotional tributes. “Rest in LOVE Ryan,” she wrote.

Cannon’s tribute came days after he shared a cryptic message on his own social media accounts. "I hurt an entire community and it pained me to my core, I thought it couldn’t get any worse," Cannon tweeted in the early hours of Friday. "Then I watched my own community turn on me and call me a sell-out for apologizing. Goodnight. Enjoy Earth."

In a screenshot of the message shared on Instagram, the location was tagged as “Heaven.”

Cannon recently announced that he would be taking time off from his Power 106 radio show, Nick Cannon Mornings, to reflect after making anti-Semitic comments on his Cannon's Class podcast.

"I will use this time to establish an action plan towards real, impactful change and advocacy aimed at bringing people together," he tweeted on Thursday, also writing that he planned to "further commit myself to more profound learning and towards strengthening the bond between the Black and Jewish cultures every day going forward."

As a result, his radio show will "be on hiatus for the near term," KPWR Power 106's parent company Meruelo Media told PEOPLE in a statement.

"While the remarks were not part of our radio content, nor lived on any of the platforms associated with Meruelo Media, as a minority-owned media company, we take these matters very seriously," the statement continued."Meruelo Media condemns all expressions of hate, racism, bigotry and anti-Semitism."

Cannon will stay on as host of Fox's The Masked Singer, but ViacomCBS, home of Cannon's Wild 'N Out, announced that the network will cut ties with the father of three. According to The Hollywood Reporter, his eponymous show from Lionsgate's Debmar-Mercury, set to premiere this fall, will be pushed back a year.

On Wednesday, Cannon tweeted that he was "deeply sorry" for using "words & referenced literature I assumed to be factual to uplift my community instead turned out to be hateful propaganda and stereotypical rhetoric that pained another community."

Cannon has also been counseled by Israel-born talent manager Guy Oseary, whose clients include Madonna and U2, according to Variety.

“Nick shared with me his willingness to be a beacon for change and understanding between our beautiful communities. For more dialogue and communication,” Oseary wrote on Instagram Thursday, noting that Sean “Diddy” Combs had recommended the pair speak to one another. 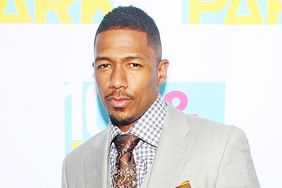