NeNe Leakes is breaking her silence about Wendy Williams’ claim that she plans to quit The Real Housewives of Atlanta.

On Thursday, the 52-year-old reality star shared a video to her new YouTube page addressing the situation.

“Wendy and I are friends,” said Leakes of Williams, who will appear with her via a phone call in an RHOA episode later this season. “I have vented to her on many occasions. That particular day, I did not vent to her, I just sent her one text. And then she went out on the couch and started talking.”

“I think that personal private conversations should stay private,” Leakes added. “I think that anybody should be able to vent to a friend without a friend totally outing them or saying what they said to anyone. I just … it was not a cool thing.

Leakes went on to explain where her friendship with Williams stands now.

However, she still felt upset by the situation.

“When stuff like that happens, it really hurts because it’s like, you don’t know if you can trust anybody,” Leakes said. “Like, who can you trust? Who can you talk to? It’s just like, ‘Oh my gosh, you can’t talk to anybody about anything person!’ So I’ve dealt with that.”

NeNe Leakes Is Quitting The Real Housewives of Atlanta, Her Friend Wendy Williams Says
Wendy Williams Addresses ‘FartGate’ After Viral Video Appears to Show Her Pass Gas on Her Show

On the Jan. 21 episode of The Wendy Williams Show, the daytime diva claimed she had gotten a text message from Leakes announcing that was leaving the long-running Bravo reality series.

The talk-show host went on to beg Leakes to stay on RHOA, claiming that Leakes was “carrying the weight of a huge thing on her shoulders” that, if she revealed it, would make viewers “cry, be sad, and feel bad for her.”

“I’m not going to say it, she’s got to say it,” Williams said. “But in my opinion, NeNe, you need this platform to explain the other part of your life. Forget arguing with them broads — you’ve got that secret, and that secret is going to melt their hearts. Because when she shared it with me, I cried with her.”

At the time, Leakes’ rep told PEOPLE, “It’s been an especially difficult couple of weeks for NeNe, and she was venting to her friend in private correspondence. Nothing has been confirmed or officially decided for next season.”

In her YouTube video, Leakes didn’t discuss whether or not she’s leaving RHOA, but she did say she felt like she is “on an island” on the show.

So what about this big “secret” that Williams teased? Leakes didn’t seem to know.

“I was getting calls from everybody, with people being like, ‘Are you okay? Is something wrong with your health? Are your children okay?’ I was just like, ‘Oh my God. My children are fine. There’s nothing going on with my health that I know about.’ I don’t know!” Leakes said. “My phone blew up out of nowhere with people saying everything!”

There have also been rumors spreading on the blogs, which Leakes avoided going into.

“People starting writing stories and running with it and coming to their own conclusions and stuff like that,” she simply said.

Leakes has been on RHOA since the show debuted in 2008.

If she does leave, this won’t be the first time she’s stepped away. Back in season 8, she left to focus on her acting career, booking a series of television roles (Glee, The New Normal, E!’s Fashion Police). Though Leakes appeared as a guest that year, she skipped season 9 altogether before returning in season 10 as a full-time Housewife.

Her past two seasons, however, have been bumpy. Last season, she made headlines when she ripped a male cameraman’s T-shirt and allegedly choked a producer during her infamous closet freakout. And this year, in season 12, she’s had to be restrained from a fight with longtime rival Kenya Moore once — and tries to spit on Moore in another battle coming up.

NeNe Leakes Says She Wishes She Had Spit on Kenya Moore During Heated RHOA Argument — But Didn’t
NeNe Leakes’ RHOA Costars Shade Her for Skipping BravoCon: ‘We’re Here for the Fans’

Back in November, the mother of three told PEOPLE she debated returning to RHOA and missed the first three episodes of season 12 due to contract negotiations.

“My pain is often misinterpreted,” Leakes added. “I’m not one of those people who actually express how I feel a lot. I keep that inside, and a lot of [my costars] know that. But I do believe that because somebody is louder or moves more boldly, a lot of time those are the people who always get the finger pointed at them. And honestly, that’s always the case with me.”

Despite the tougher moments, Leakes told PEOPLE that RHOA “has been an amazing platform for myself.”

“It definitely has opened up many doors and opportunities,” Leakes said. “A lot of that is due to fans loving me for who I am and living out loud — all the things that some of my cast members don’t like are the things that fans really love about me. I kept it real and I say it like it is and I’m really blunt. So those fans, they have meant everything to me. They’ve embraced me for who I am and carried me through some of the harder times.”

NeNe Leakes Says She's 'Very Undecided' About Returning to RHOA: 'Everybody Is Attacking' 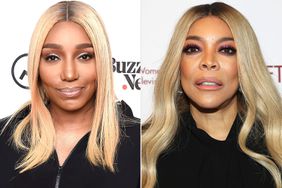 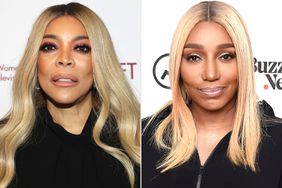 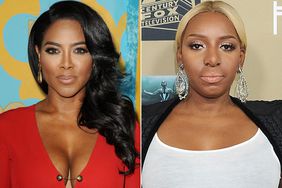 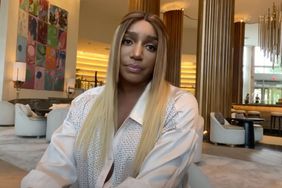 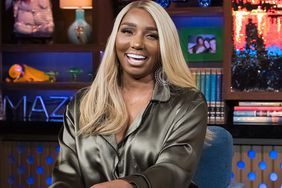 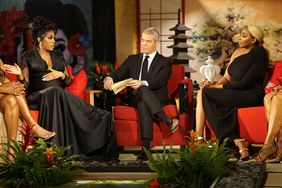 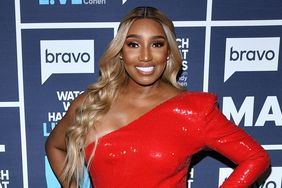 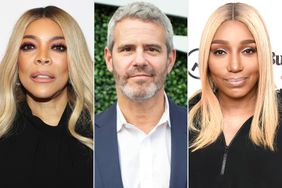 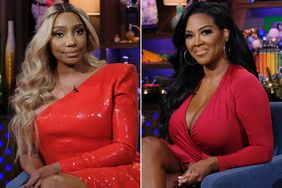