"We talked a lot, and we made peace with what was happening," NeNe Leakes says of her final days with late husband Gregg Leakes

NeNe Leakes is reflecting on her 25-year relationship with late husband Gregg Leakes — and finding comfort in the conversations they shared days before his death.

In this week's issue of PEOPLE, the Real Housewives of Atlanta star, 53, opens up about the special moments she shared with her husband before he took his final breath on Sept. 1.

"We talked a lot, and we made peace with what was happening," she adds.

For more from NeNe Leakes, pick up the latest issue of PEOPLE, on newsstands Friday, or subscribe here.

Gregg, 66, died in their Atlanta home after a four-year battle with colon cancer.

For more on NeNe Leakes and other top stories, listen below to our daily podcast PEOPLE Every Day.

While NeNe was hit with an overwhelming sense of loss, she found comfort in some of Gregg's last words to her: "I'm not going to leave you. God is going to bless you."

Adds NeNe: "He said he wanted me to move on with my life."

For the past four years, NeNe has taken on the role of caretaker, first when her businessman husband was diagnosed with cancer in 2018, and again when it returned in June after two years in remission.

"It was difficult," says NeNe. "Gregg handled a lot of things in our life. There were some things I didn't know — some of the simple things. I didn't even know who the lawn guy was."

"I was having to ask him questions like that," she adds. "And he said to me, 'If you go into my office and look on the wall, I left an envelope taped to the wall.' And so I went and looked on the wall and there was a manila folder he had stuck to the wall that said, 'Open this if anything ever happens to me.' When I opened it up, he had a letter to Brentt (their 22-year-old son) and telling us certain things like, where we needed to pay stuff and who was the accounting person to talk to because we didn't know anything. And I thought to myself when I looked through all the stuff that he had written and the things that he had left, that that took a lot of strength."

But business aside, NeNe found solace in the love they shared with one another for a quarter of a century.

And when the time came for Gregg to make his "transition," NeNe was there, holding his hand.

"He took a deep breath, and then he stopped," says NeNe. "I thought I would be scared, but I just held him and kissed him."

As she continues to grieve, NeNe says she will continue to adjust to her new normal to best of her ability.

"I keep thinking to myself he's away on a trip and he'll be right back," she says. "I'm still waiting for him to come home." 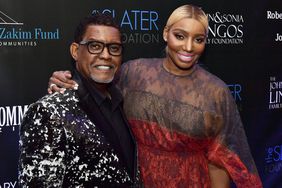 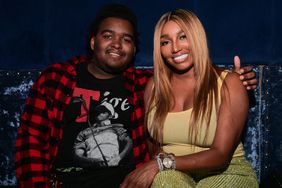 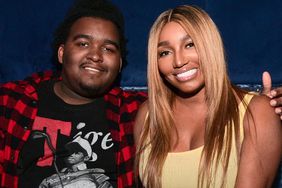 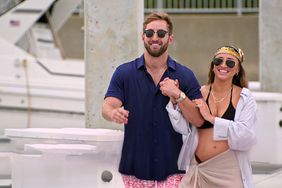 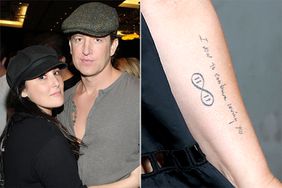 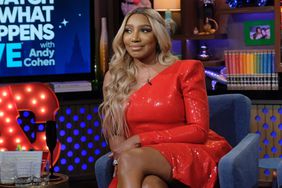