"If the body is entangled in something underneath the water it may never come up," Ventura County Sheriff's Office Sgt. Kevin Donoghue said

As the search for Naya Rivera continues, police say they "don't know" if the actress' body will be recovered.

During a press conference on Thursday addressing Rivera's disappearance, Ventura County Sheriff’s Office Sgt. Kevin Donoghue said: "If the body is entangled in something underneath the water it may never come up."

On Wednesday, the Glee actress, 33, was reported missing after a trip to Lake Piru in Ventura County, California. Rivera and her 4-year-old son, Josey — whom she shares with ex-husband Ryan Dorsey — rented a pontoon boat and were swimming in the water. After the boat was overdue for return after the three-hour rental, staff at the lake found it at the north side of the body of water with Josey sleeping aboard. While a search-and-rescue operation was undertaken at the lake, it shifted one day later from a rescue mission to a recovery one, with Rivera presumed dead.

Due to the conditions of Lake Piru, Donoghue said the search for Rivera is "complicated."

He explained that at this time, the visibility of the lake "is not very good, it's terrible."

Ahead of the press conference, police told PEOPLE they are "confident" that Rivera is still in the water.

Donoghue said that authorities are "checking her credit card statements" to make sure she hasn't made any charges since her disappearance.

"We have detectives who are investigating that aspect as well. Checking her credit card statements making sure there are no charges anywhere. But based on the information we have so far, we are fairly confident the focus of our search being in the water," Donoghue continued.

"We want to bring closure for the family, so we really are putting our best effort forward," he said.

Donoghue explained that Rivera's car was found at the scene and her "personal belongings were on the boat."

Donoghue said a life jacket was also still on the boat when officials found her young son alone. However, he said: "We don't know if that just meant it was hers or if that was an extra life vest on the boat. But seemingly, if she was somehow incapacitated and she had a life jacket, we would find her floating. Clearly, she is not."

According to Rivera's family, the actress had been to the area before "at different times," Donoghue explained. "But we don't know if this is the first time her son was on the lake."

"We hate responding to these calls because they are just sad stories ... we are searching so we can bring closure to the family and bring peace to the family, but until then, it is terrible. It is tragic," he added.

At this time, police are focusing their search efforts on where the boat was originally found at around 4:30 p.m. — at the north side of the body of water where her sleeping son was aboard, but not Rivera.

From where she rented the boat to where it was found was about one-and-a-half to two miles, Donoghue said.

Donoghue said that if Rivera is not found Thursday, the search will continue. "It is a large area under the water. Water visibility being what it is, we will continue the search. The decision to end the search will be really formulated when we are confident we have done everything we can do to search as much as we can search, but we are not there yet," he told PEOPLE.

Police are still trying to figure out a timeline of when Rivera and her young child separated.

"We don't know if the boy had been sleeping there for an hour or five minutes. She really could have been anywhere on a large portion of the lake," Donoghue shared.

He explained that it was employees at the area's concession stand who initially went out looking for her.

"The employees of the concession stand that rented the boat to her, when she didn't bring it back on time they were the ones who went out looking for her. When they found the boat with the boy on board they called 911," he said.

"It was around 1 because it was a three-hour rental and she was supposed to bring it back at 4 p.m., and at 4:30 p.m. when she didn't bring it back that's when they went out looking for her," Donoghue said.

Now, Donoghue said 80 people are "actively involved in the search."

"Between pilots, dive team members, search and rescue team members. Aerial team. Investigators assigned to the investigation. We have one sheriff helicopter. One coast guard helicopter earlier, but I think it had to go back to refuel. We have our drones here," Donoghue explained.

Rivera's friends and castmates have called for prayers after the star disappeared during her trip, with several of Rivera's Glee costars asking fans for prayers that she's found soon.

Heather Morris, who worked closely with Rivera on the musical comedy series, wrote on her Instagram Story: "We need all the prayers we can get to bring our Naya back home to us. We need your love and light 🙏🙏."

Demi Lovato — who guest-starred as a love interest for Rivera's Santana Lopez on Glee — wrote on her Instagram Story, "Please pray for @nayarivera to be found safe and sound," alongside a photo of a lit candle. 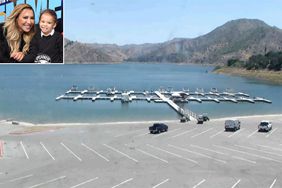 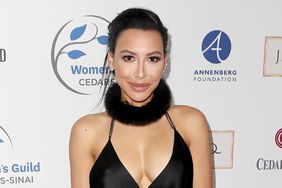 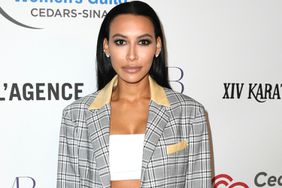