Power Star Naturi Naughton Is Engaged: 'I Get to Marry My Best Friend'

The actress has not revealed the identity of her fiancé, but says the two were introduced by her costar Omari Hardwick

Two days before Christmas, the Power Book II: Ghost star got engaged, she announced in an interview with Essence. Though she has not revealed her fiancé's identity, she did disclose that the two were introduced by her Power costar, Omari Hardwick.

"I never imagined that one random night in [New York] would change my life so much," said Naughton, 36. "I had no idea I was about to meet the best teammate ever. Omari Hardwick and I were recording a song together and Omari was like, 'Oh, you gotta meet my people.' On that night, I met this kind, handsome, southern gentleman who would love me like I've never been loved."

"From that point on, we talked every day, quietly dated and fell in love," she continued. "Thank you, TV hubby, for introducing me to my future hubby!"

The actress also posted photos of her engagement ring and the happy couple on Instagram, writing, "Yup! I get to marry my best friend!"

"100 congratulations to you & lil bro," matchmaker Hardwick, 46, commented on the post.

The proposal was one for the books. Naughton told Essence that it happened while she and her daughter Zuri, 3, from a previous relationship, were snapping pictures for what she thought was a family photo shoot arranged by her husband-to-be.

"This amazing man of mine planned this whole photo shoot, complete with my glam team and stylist might I add, for me and my daughter with matching princess dresses. All I had to do was show up!" Naughton said. "We are all just taking pictures as normal, then the music changes to a song called 'Looking For Love' by Mul-Ty. Out of nowhere I see Mickey, Minnie, and the whole Disney crew walk in, and then I see my parents and one of my best friends walk in behind them — all wearing their masks. I was in shock! When I turned around, my now-fiancé was down on one knee!"

He popped the question with a Neil Lane diamond and also gifted Zuri with her own ring — a gold band dotted with a small ruby, her birthstone.

"My fiancé said that his commitment to me is also a lifetime commitment to her," Naughton told the magazine. "Zuri admired her ring, then said, 'Oh, for me?' She was so happy."

"It makes me happy that they have a great bond as well," she added. "Any man that I would choose would have to know that Zuri and I are a package deal!"

Speaking to PEOPLE earlier this year, Naughton opened up about her special bond with her daughter. She welcomed Zuri in July 2017 with her ex, whom she referred to only as Ben. The former couple split shortly after Zuri's arrival.

To Zuri, "I am just mommy. I'm not Tasha [from Power]. I'm not Naturi Naughton," the star said. "I just get to be mommy, and that actually is really liberating, because that little girl just sees me as perfection."

"No matter what I'm wearing or what my hair looks like when I wake up, with her she's just like, 'Mommy, you look so pretty.' I'm like, 'Really? Mommy is a mess,'" Naughton continued. "But to her she sees nothing but beauty, and that's honestly amazing." 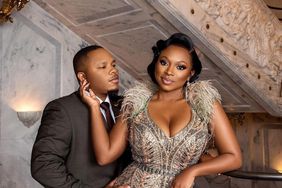 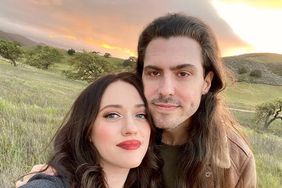