Discovery's favorite nude survivalists gets supersized, with 12 competitors competing for 40 days with no food water and, of course, clothing

PEOPLE can exclusively announce that Discovery Channel is premiering a Naked and Afraid spin-off called Naked and Afraid XL on July 12. According to a release from the network, the show “is both a survival and societal challenge. How will these survivalists respond to each other? Will they band together as one large group or will they break apart into smaller groups to survive?”

As implied by its title, the competition is supersized, with 12 survivalists (six men and six women) enduring 40 days in the wild without the comfort or convenience of food, water and clothing.

Below, meet the cast, including special skills and trivia that might shed some light on their chances.

Alana Barfield
Was Previously Naked and Afraid in: Fiji Islands
Occupation: Luxury Retail Supervisor, Freelance Makeup Artist
Lives in: Houston
Skills: Animal tracking, hunting, plant identification, water sourcing and primitive weaponry
About Alana: This 36-year-old grew up without a television, which led her to roaming the outside world, sometimes covering miles at a time. Barfield is not only skilled in primitive weaponry but also beauty! The outdoorsy retail supervisor has been a makeup artist for more than 10 years.

Dani Beau
Was Previously Naked and Afraid in: Colombia
Occupation: Student, Eastern Mountain Sports, Rock Climbing Instructor, Wilderness-EMT, Search and Rescue
Lives in: Medford, New Jersey
Skills: Building shelter, cordage, weaving, wilderness medicine, water purification, plant identification, tracking, navigation, environment adaptation and minimalist living
About Dani: Despite coming from a family of hunters, the 25-year-old has been a strict vegetarian since she was 4 years old. Accompanying her father on camping and hiking trips fueled her desire to learn and study wilderness skills, though she never seeks to be an “expert” on anything.

Honora Bowen
Was Previously Naked and Afraid in: Brazil
Occupation: Massage Therapist, Herbalist and College Student
Lives in: Eastern Sierras, California
Skills: Plant identification, primitive fishing and hunting techniques, building shelters and land and water navigation
About Honora Bowen: This won’t be Bowen’s first “nude” experience. The 29-year-old previously modeled for “Stone Nudes” calendar. Bowen has hiked hundreds of miles alone through the Appalachian and Sierra Nevadas, as well as rock climbed in Thailand. When she’s not swimming the Indian Ocean or hiking through mountains, the theater and music major enjoys doing yoga.

Chris Fischer
Was Previously Naked and Afraid in: Dominica
Occupation: Fisherman
Lives in: New Jersey
Skills: Primitive fire, primitive shelter, hunting, fishing
About Chris: Considering his last name, it’s only fitting Chris is a fisherman. This 39-year-old has been attaching bait to hook since he was 13-years-old. Going fishing and camping with his father piked Fischer’s interest for survival. Joining the Boy Scouts led him to enlist in the Marine Corps where he learned how to survive in extreme environments.

Hakim Isler
Was Previously Naked and Afraid in: Himalayas
Occupation: Owner of Elevo Dynamics 24-Hour Family Gym and Ninja Martial Arts
Lives in: North Carolina
Skills: Extreme survivalist, shelter building, water purification, fire starting, primitive tool making, stalking and trapping, hand-to-hand combat
About Hakim: A trained ninja, he holds a fourth-degree black belt in To-Shin Do Ninjutsu. After an honorable exit from the U.S. Army he went to train his ninja peers at Quest Tactical Solutions. Following the devastation of Hurricanes Katrina and Sandy, Isler realized individuals in those areas were unprepared and uneducated in self-reliance skills. This reinforced his quest to become better at self-reliance and to improve his survival skills.

Dani Julien
Was Previously Naked and Afraid in: Andros Islands
Occupation: Bartender/Sales and Marketing Manager
Lives in: Santa Cruz, California
Skills: Primitive fire and shelter, water purification technique
About Dani This 28-year-old has a unique sense of adventure and actively looks for opportunities to challenge herself. Following the death of her friend/roomate in Tanzania, Julien suffered from post-traumatic stress. Through wilderness exposure and therapy this avid cyclist was able to find peace and began to develop an interest in survival knowledge.

Shane Lewis
Was Previously Naked and Afraid in: Costa Rica
Occupation: Electrician
Lives in: Connecticut
Skills: Building shelter, sourcing water, fishing, plant identification
About Shane: Lewis describes himself as a Type-A Alpha Male. Having grown up in foster care and backpacked around the world, this 43-year-old has learned to adapt to constantly-changing living circumstances.

Luke McLaughlin
Was Previously Naked and Afraid in: Namibia
Occupation: Wilderness Field Instructor
Lives in: Salt Lake City
Skills: Primitive fire, zoology, herbal tissue states, primitive shelter
About Luke: McLaughlin grew up playing with spiders and insects in the woods, which led him to become a mountain man. The 28-year-old teaches primitive skills to at-risk youth in the wilderness, explaining that interest in survival comes from a desire to connect with nature.

Eva Rupert
Was Previously Naked and Afraid in: Madagascar
Occupation: Tattoo Artist, Nonprofit Entrepreneur, Guide and Outdoor Educator
Lives in: Flagstaff, AZ
Skills: Primitive pottery, brain-tanning, leatherworking, cordage & fibers, basketry, edible & medicinal plants, animal tracking and shelter building
About Eva: Eva’s had a passion for traveling since she was a teenager. After road-tripping, bus-hopping and hitchhiking, this 34-year-old settled in the southwest desert. She’s a self-proclaimed Renaissance woman. Entrepreneurship and the sharing of knowledge is important to her, which is why she has developed several primitive and survival-skill programs dedicated to empowering individuals through outdoor education. Not only is she a licensed art teacher, but she also makes a living working as a tattoo artist.

Jeff Zausch
Was Previously Naked and Afraid in: Madagascar
Occupation: Geographic Information Systems (GIS) Specialist
Lives in: Idaho
Skills: Primitive fire starting, shelter construction, water sourcing, advanced primitive hunting skills (snares, traps, weapons, ect.), wildlife identification, leadership, and peace making
About Jeff: A master of extreme environment – whether it be desert, arctic, or tropical – Jeff’s ambition to push himself to the limit comes from his father, who was born with a heart defect and was not expected to survive. Zausch’s father was the best survivalist he ever met, leaving him with the legacy to never quit, never give up and always succeed even when others say it’s impossible.

Laura Zerra
Was Previously Naked and Afraid in: Panama and the Amazon
Occupation: Backcountry guide, Survival instructor, Writer, Public speaker
Lives in: Groton, New Hampshire
Skills: Building shelter, primitive technology, primitive fire, hide tanning, hunting, trapping and plant identification
About Laura: This 29-year-old is an adventurer in every sense of the word. Zerra became interested in survival as a way to connect to land in a visceral way and to gain freedom and independence in the wild. When she’s not in the wild, Zerra enjoys scuba diving, free diving and basically anything that pushes her comfort zone.

RELATED VIDEO: Will Branches and Vines Be Enough for a Would-Be Hunter on Naked And Afraid? 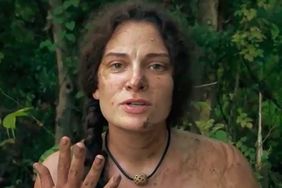 In His Wilderness Classroom, Larry Olsen's Lessons Are Matters of Life and Death 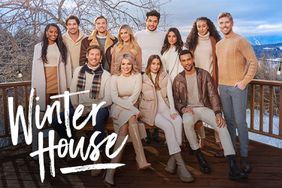 'Winter House' : Meet the Cast of the New Bravo Spinoff Ahead of the Premiere 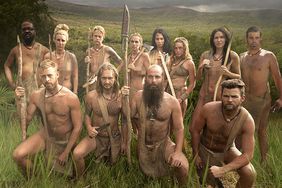 Naked in Africa! Meet the Next Cast of 'Naked and Afraid XL' 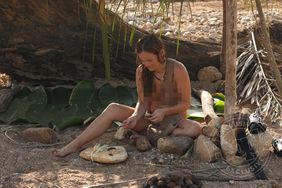 WATCH: Three Nude Women Have a Horrible Night on 'Naked and Afraid XL' 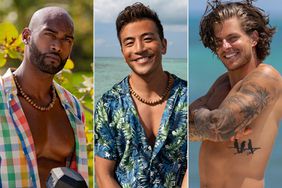 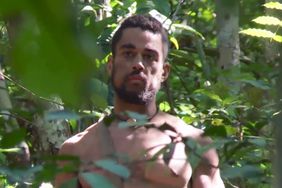 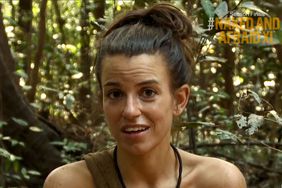 WATCH: One 'Naked and Afraid XL' Survivalist Gets Pretty P'd Off – and That's 'Before' She Gets Peed on! 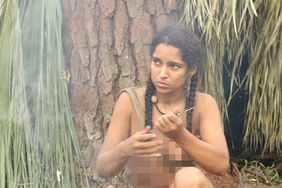 Meet the First Muslim Woman to Participate in 'Naked and Afraid' 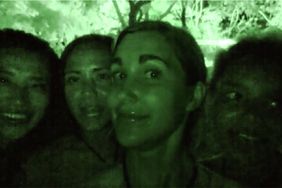