Drake may not have been at the 2016 MTV Video Music Awards to accept the award for his music video “Hotline Bling” – but he was there to present rumored girlfriendRihanna with the year’s Video Vanguard Award.

“She’s someone I’ve been in love with since I was 22 years old,” he said, before embracing Rihanna with a kiss. “She’s one of my best friends in the world. She’s a living breathing legend in our industry.”

Surprising the 28-year-old singer with the top award after her record four performances, Drake recalled first meeting Robyn ‘Rihanna’ Fenty in 2005 at a Toronto diner – where she shot the music video for her debut single “Pon de Replay.”

Helmed by Director X, the duo would team up years later for February’s “Work” music video. But in Drake’s eyes, Rihanna’s accomplishments are not nearly as awe-inspiring as the person that she is.

“What’s most impressive isn’t the endlessness of stats, awards and accomplishments – what’s most impressive is the person,” the 29-year-old rapper explained. “She succeeds by being something in which no one in this industry does which is by being herself – the same girl from Barbados surrounded by the same friends. We love the videos which change their artistic vision from year to year. But most of all we love the woman who hasn’t changed from day one.”

Rihanna then took to the mic to accept her award and speak about the “amazing moment in my career”.

“When I think about the Video Vanguard Award and receiving this tonight, all I can think of is my country,” the Barbadian said. “They’re gonna be so proud. This is the first Vanguard to land anywhere close to my country.”

She opened up about her career, saying that it’s about more than just herself.

“My success… it started as my dream, and now my success is not my own,” she confessed. “It’s my family’s, it’s my fans’, it’s my country’s, it’s the Caribbean’s as a whole, it’s women’s – I have to thank you guys for supporting me over and over.”

Before leaving the podium, she made sure to thank Drake for his speech. The two embraced again and shared a quick smooch again before leaving the stage – and again later in an Instagram posted by Drake.

Rihanna is a veteran to the VMAs stage as a two-time “Video of the Year” winner. She’s also performed before, opening the show in 2012 with help from A$AP Rocky and Harris, who she first partnered with on 2011’s “We Found Love.” 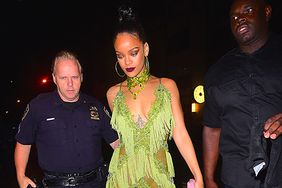 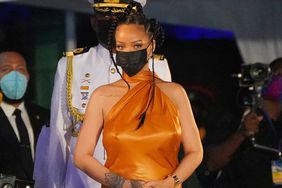 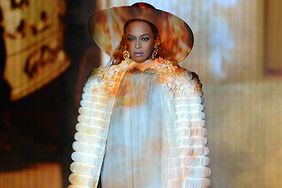 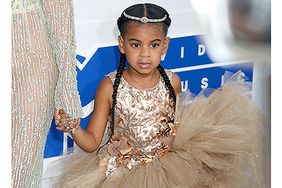 From Biles to Blue: 7 Non-Nominees Who Stole the VMAs Spotlight 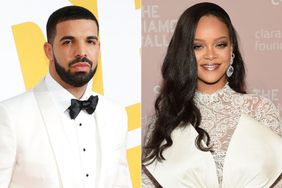 Drake Reveals He Wanted the 'Perfect' Family with Rihanna: 'I Don't Have the Fairy Tale' 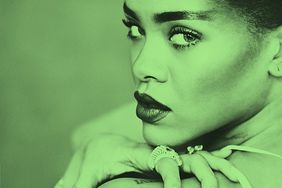