Wedding bells will soon be ringing for one-time So You Think You Can Dance competitor Mollee Gray.

Gray – who starred in 2013’s Teen Beach Movie and its sequel— is set to wed dancer/choreographer Jeka Jane this fall and they’re revealing the sweet details of their 2016 engagement for the first time to PEOPLE.

Jane surprised Gray, 25, by renting out North Hollywood’s Republic of Pie restaurant where the couple shared their first date.

“Jeka brought in her family, my family and closest friends to L.A. to be a part of the surprise,” she says.

The couple met in 2009, and though Gray says there was an “instant connection,” they didn’t start dating until a few years later in Sept. 2013.

Gray and Jane will say “I do” on Sept. 9 of this year in Lake Tahoe, California.

“Love is love and we look forward to sharing this special time together as we plan our wedding,” they tell PEOPLE.

Gray will seen in two indie films later this year. 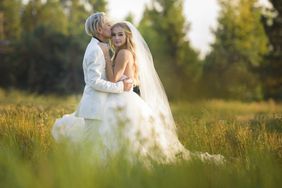