"This was a once in a lifetime wedding," the mother of the groom tells PEOPLE

“This was a once in a lifetime wedding,” Raiola, 55, tells PEOPLE of the nuptials held at the Angel Orensanz Foundation Center. “It was something out of a magazine. The flowers, the table setting, just the room itself. The feeling that I had. I can’t even describe it. It was overwhelming.”

To create their dream day the couple enlisted the help of celebrity wedding planner David Tutera, who created a design with petal pink, white, cream and gold colors with crystal accents for a combination of romance and elegance.

“It was important to infuse tradition and sophistication throughout the entire space,” says Tutera. “I used lots of candles to add to the romantic ambiance.”

The happy couple shared their first dance to “A Thousand Years” by Christina Perri and guests were later entertained by a Frank Sinatra impersonator.

“I truly didn’t know what to expect going into this celebration, but I instantly felt like a part of Big Ang’s large and loud Italian family,” says Tutera.

And once the “I Do’s” were officially over, Tutera surprised the newlyweds with a ride in a very flashy car to cap off their evening.

“The Lamborghini is truly the icing on the cake,” says Raiola. “I cannot even believe that David even pulled that off. My son was so happy. It’s all he wanted was this Lamborghini to drive off in, and he got it. Everything they wanted they had. It was a wish and a dream come true.”

Raiola’s son’s wedding will be featured on a future episode of Tutera’s CELEBrations reality show on WE tv. 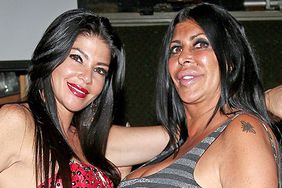 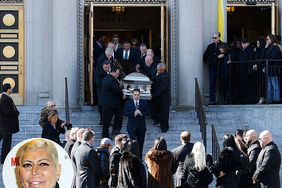