“She’s so cute and she pretends to know so much English and then you ask her a question after having a whole conversation with her and she goes — ” Summers says, nodding and smiling in a way that seemed to mimic H’Hen before laughing. “She’s adorable.”

When Morales asks her, “How?” Summers proceeds to repeat her imitation of H’Hen’s smile.

“Miss Cambodia is here and doesn’t speak any English,” Summers said, “and not a single person here speaks her language. Can you imagine? Francesca said that it would be very isolating and I think yes, and just confusing all the time.”

The Miss Universe 2018 pageant is being held in Thailand.

On Thursday, Summers apologized on Instagram, writing, “@MissUniverse is an opportunity for women from around the world to learn about each other’s cultures, life experiences, and views. We all come from different backgrounds and can grow alongside one another. In a moment where I intended to admire the courage of a few of my sisters, I said something that I now realize can be perceived as not respectful, and I apologize. My life, friendships, and career revolve around me being a compassionate and empathetic woman. I would never intend to hurt another. I am grateful for opportunities to speak with Nat, Miss Cambodia, and H’Hen, Miss Vietnam, directly about this experience. These are the moments that matter most to me.”

On Twitter, one user wrote, “@MissUniverse i wonder if you will still allow Miss USA, Columbia [sic], and Australia to continue in the competition after their racist/ bigoted remarks toward fellow contestant Miss Cambodia. I can’t believe these ladies will be representing their countries.”

The Miss Universe Organization did not immediately respond to PEOPLE’s request for comment.

The Daily Mail reported that Hung responded to the controversy on Instagram, writing that the video had been “misconstrued.”

‘I’m so upset that this situation has been misconstrued like this,” Hung reportedly wrote alongside a photo of herself with Sinat. “We were merely saying it must be even more difficult at times not to have a single other delegate being able to speak [Khmer] … which in fact, makes Nat [Miss Cambodia] an even stronger contender [to win the title].’

Hung’s father is Chinese, while her mother is Irish-Australian.

“I want to really inspire and be a role model for any multicultural kid growing up,” the 24-year-old Miss Australia told SBS News in June.

2018 has previously been praised as a landmark year for the Miss Universe pageant. Miss Spain Angela Ponce is making history as the pageant’s first openly transgender contestant.

Ponce, 27, told the Associated Press in June that she wanted to use the platform to draw attention to legal discrimination for trans individuals and the trans suicide epidemic.

“If my going through all this contributes to the world moving a little step forward, then that’s a personal crown that will always accompany me,” Ponce said.

“When I entered the competition, there was a lot of criticism; people attacked me on Instagram and in the media, and said I should not be allowed to compete,” Montezuma told Reuters. 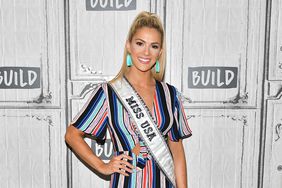 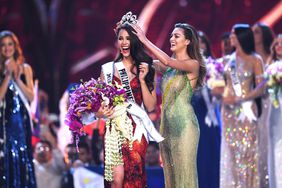 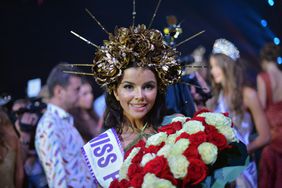