Mischa Barton is feeling the love!

Cuddling up alongside two of her costars on the upcoming The Hills reboot, Barton, 32, enjoyed a sweet moment while sandwiched between Audrina Patridge and Stephanie Pratt.

“On wednesdays we wear whatever we want…and you can totally sit with us,” she wrote alongside the smiling image on Saturday, referencing a few of Mean Girls‘ most iconic lines.

The photo was taken in Los Angeles, which is the setting of The Hills: New Beginnings. MTV’s revival, set to premiere in 2019, will reunite original cast members and incorporate their children and friends and some new faces while giving fans an insider look at their personal and professional lives.

Pratt went on to post the same photo, captioning it, “Hanging out in #TheHills 💫@audrinapatridge@mischamazing ✨.”

Barton previously confirmed that she had joined the cast earlier in October, writing on Instagram, “The secret’s out… I’m joining the cast of The Hills.”

“When MTV approached me with the chance to be a part of the reality show that was inspired by The OC, it felt like the perfect opportunity for an irresistibly inviting new chapter,” she wrote, alongside a video of herself listening to The Hills‘ original theme song “Unwritten.”

“Welcome to The Hills, bitch,” she added, as she dramatically removed her sunglasses.

Though she never appeared on the original series, which aired for six seasons from 2006-2010, Barton has a special connection to the MTV show. At 17, she was catapulted to fame for her starring role as Marissa Cooper on Fox’s The O.C., which premiered in 2003 and became a cult phenomenon almost overnight. The O.C. inspired MTV’s Laguna Beach: The Real Orange County, which eventually spun off into The Hills.

The Hills: New Beginnings is slated to premiere in 2019. 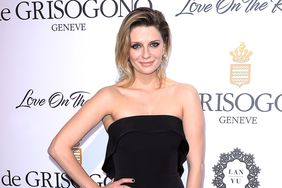 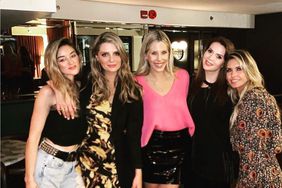 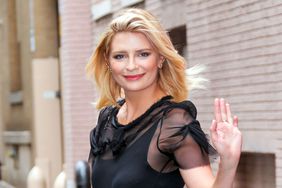