Mindy Kaling Celebrates Her Birthday with B.J. Novak — and Fans Go Nuts Over How He Looks at Her!

Kaling and Novak, who dated on-and-off for a period of time, have continuously raised fans' hopes that they might get back together one day

If there was ever a time that fans were pressing for Mindy Kaling and B.J. Novak to get back together, it was last night.

While celebrating her 40th birthday on Monday, Kaling was joined by some of her closest friends, including ex-boyfriend Novak, 39, for a cocktail party at San Vicente Bungalows in West Hollywood.

Because it was a milestone birthday, Kaling was treated to a fancy cake that hilariously featured a photo of herself, which appeared to be taken at the same exact moment from one of her past birthdays.

To mimic the shot on her cake, Kaling held her thumbs up alongside the elaborately decorated treat and smiled for the camera — but even though she sparkled and shined on her big day, it was Novak who completely stole the shot, which was shared to his Instagram.

Off to Kaling’s left side sat her ex-boyfriend, who was captured adoringly staring at the birthday girl as she posed for the camera.

Of course, fans were quick to pick up on the sweet gesture and get their hopes up that Kaling and Novak, who played onscreen lovers in The Office and dated on-and-off in real life back in the day, would one day reignite their flame.

Mindy Kaling Donates $40K to Charities for Her 40th Birthday

“Get u a man that looks at u the same way bj looks at mindy,” wrote one follower.

“I wish someone looked at me like BJ looks at Mindy,” said someone else.

“The way BJ looks at Mindy 😍😍” noted another fan, while several others chimed in with similar thoughts. Another wrote, “The way you look at her melts my heart 😭”

“Well, if that’s not a look of love!” suggested one user, as someone else shared, “I wish someone would look at me like that 😍”

“Can you guys get married already?” asked another fan.

Some fans even started referencing their characters on the Steve Carell-headlined NBC comedy.

“SOMEONE LOOK AT ME LIKE RYAN LOOKS AT KELLY,” wrote one fan.

“I knew Ryan always loved you,” said someone else, while another added, “KELLY AND RYAN FOREVER 😭😭😭😭.”

Reps for Kaling and Novak did not immediately respond to PEOPLE’s request for comment.

Exes Mindy Kaling and B.J. Novak Celebrate the Oscars Together for the Second Year in a Row

The Kaling-Novak couple fandom and Office diehards have long been hoping that the pair would one day reunite, especially since they seem closer than ever these days.

This past January, Kaling and Novak attended the Vanity Fair Oscars viewing party together for the second consecutive year.

A few months later, the Late Night star revealed that Novak is godfather to her 17-month-old daughter, Katherine Swati.

“The truth is that B.J. is so much more like family now than a platonic friend. He’s the godfather to my daughter,” Kaling told Good Housekeeping in May.

Their relationship is so close that Novak often comes over just to play with her baby girl. “He comes over like once a week. Sometimes he’ll come over just to hang out with her,” the actress added.

While the duo has not been publicly or romantically linked since their days on The Office, Kaling has previously shared details about their close bond.

“I will freely admit: My relationship with B.J. Novak is weird as hell. He is not my boyfriend, but he is not my best friend,” Kaling admitted to InStyle in 2015.

“I guess you could describe our relationship as a ‘romantically charged camaraderie with loud arguments,’ but I don’t think Facebook would accept this as a new status,” she added.

In 2014, Novak also opened up to PEOPLE about his friendly — and at times romantic — relationship with his former costar. 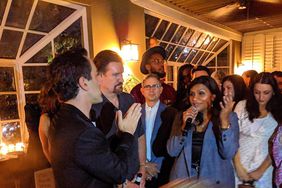 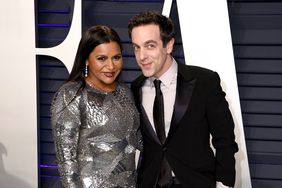 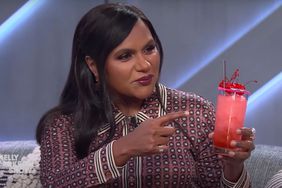 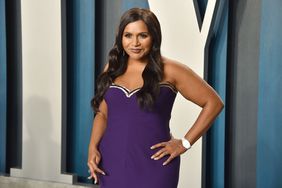 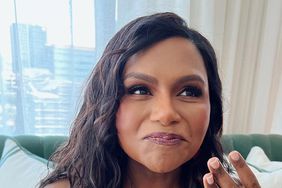 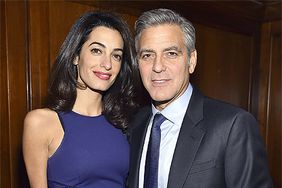