Milo Ventimiglia on Ex Hayden Panettiere and Dating in the Public Eye: 'I'd Never Do It Again'

"There are things that happen to you in your life that shape who you are," Ventimiglia said in a recent interview with Mr. Porter

Rather than regretting certain decisions made in his past, Milo Ventimiglia chooses to learn and grow from them.

Before Ventimiglia was cast as one of the leads on NBC’s hit drama series This Is Us, the actor starred as Peter Petrelli on the sci-fi drama Heroes from 2006-10. While acting opposite Hayden Panettiere, who appeared as Claire Bennet on the Golden Globe-nominated show, the pair’s relationship turned romantic, thrusting the former couple into the limelight.

Reflecting on dating a previous costar in a new interview with Mr. Porter, Ventimiglia admitted he would “never do it again.”

“There are things that happen to you in your life that shape who you are. Everything I’ve been through from jobs to friendships to partnerships, everything has built me to who I am,” he said.

“You learn from it. You learn a better way of doing things. It wasn’t until my mid to late twenties that the job wears on you, relationships wear on you,” added Ventimiglia.

Still, he revealed he “wouldn’t change a thing.”

“When you get knocked over the head in life, it builds your perspective,” he added.

In July, Ventimiglia turned 40, which is something that didn’t scare him: “I’ve always looked forward to being older because people always looked at me as younger. It was the same thing with my mother and my father. My father is 70 and my mother is closing in.”

Although he plays loving dad of three Jack Pearson on This Is Us — which returns at the end of the month for season 2 — fatherhood is not a season he’s personally entered, but would like to “at some point.”

Speaking with PEOPLE in June, the actor, who is up for outstanding lead actor in a drama series at this Sunday’s Emmy Awards, revealed the real reason why he works so hard to keep his personal life under wraps.

“It isn’t easy, but I go back to the work,” said Ventimiglia, who also dated his Gilmore Girls costar Alexis Bledel. “It would upset me if someone watching a show was thinking about me, Milo, as an individual at the supermarket or at a concert, wherever, and they’re not thinking about what the character is experiencing.”

“I don’t think of myself as anything more than a person who sits in the living room with you telling you a story,” he said. “I just happen to be in 16 million living rooms. So for me, I never want to ruin that experience so I try and keep my private life private and let the characters and the work be the experience for an audience.”

This Is Us premieres Sept. 26 on NBC. 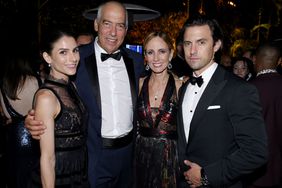 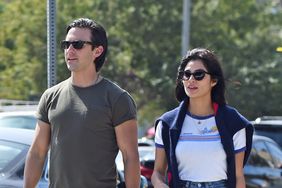 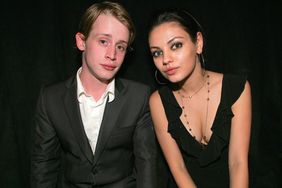