Miles Teller has been tapped to executive produce and star in the upcoming Godfather making-of series, The Offer, multiple outlets report.

The Whiplash actor, 34, will play Al Ruddy, a producer on The Godfather, in the planned 10-episode Paramount+ drama which follows Ruddy's experiences making the 1972 film alongside director Francis Ford Coppola.

A rep for Paramount+ did not immediately respond to PEOPLE's request for comment.

Armie Hammer was previously set to star as Ruddy, but exited the project in January amid the controversy surrounding his alleged leaked online messages, Variety reported at the time.

Since then, Hammer has faced a series of other controversies, including a formal rape allegation from the 24-year-old woman behind the House of Effie account, named Effie.

After first sharing her story anonymously on her social media account, Effie accused Hammer of sexual assault, describing a four-hour incident that she said occurred in 2017. She appeared in a press conference in March alongside her attorney Gloria Allred and accused The Social Network actor of rape and physical abuse.

Shortly after the press conference, the Los Angeles Police Department confirmed the actor was being investigated in a sexual assault case that was opened on Feb. 3.

Hammer — who announced his separation from wife Elizabeth Chambers last summer — has denied the allegations.

In a statement provided to PEOPLE, Hammer's lawyer denied the rape allegation and maintained that his relationship with Effie was "completely consensual, discussed and agreed upon in advance, and mutually participatory."

In addition to leaving The Offer and Shotgun Wedding in January, Hammer also announced last month that he would not return to Broadway. (He had been set to be in the cast of Tracy Letts' The Minutes when it was scheduled to debut last March, but the COVID-19 shutdown threw a wrench in the schedule. It is set to resume for the 2021-2022 Broadway season. The play first opened in 2017, and Hammer had been in previews early last year at the Cort Theater.)

At the end of March, Hammer was dropped from his last film project, the upcoming thriller Billion Dollar Spy. The actor previously departed the Watergate series Gaslit starring Julia Roberts and Sean Penn and has also been dropped by his talent agency and longtime publicist. 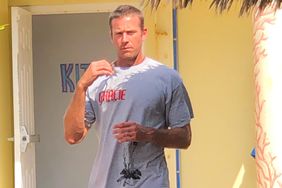 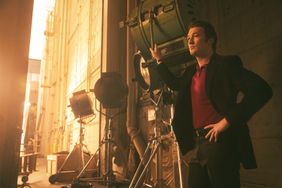 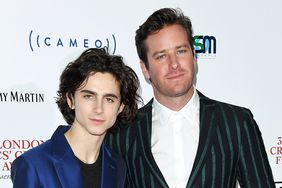