Michael Weatherly: How I Became a Better Man

"My kids and my marriage are the things I'm proudest of," Bull star Michael Weatherly tells PEOPLE

“He sleeps on his couch, drinks too much, doesn’t go to the gym, doesn’t take care of himself,” the Bull star says in the current issue of PEOPLE of his character, who’s at the top of his game professionally but “falling apart” privately. “He’s a guy I understand. I’ve gone through periods of my life where I’ve pushed myself a little too hard and it’s cost me.”

Weatherly enjoys a happy life in Los Angeles with wife Bojana Janković, 37, a physician, their daughter Olivia, 5, and son Liam, 4. But the actor, 49, admits his current bliss is a product of learning from stumbles — including his divorce from his first wife, actress Amelia Heinle, with whom he has a son, August, 21.

Michael Weatherly with his wife and kids in 2017.

“That was a very difficult time,” he says of splitting in 1997 after less than two years of marriage. “When I got remarried, I wanted to do my very best to ensure that rupture wouldn’t happen again. My kids and my marriage are the things I’m proudest of.”

Weatherly was in his early 20s when he was cast on the soap opera Loving and its spinoff The City, where he fell in love with castmate Heinle.

The pair wed in 1995, but after The City was canceled the following year, Weatherly struggled with the stresses of supporting a wife and child.

“I was 27 and could barely take care of myself, but I had to feed people and put a roof over their heads,” he says. Weatherly took pretty much any job that was offered to him to help pay the bills, but that meant lots of time apart and, eventually, divorce. “It’s a tough thing for a kid,” Weatherly says of how son August adjusted to the split. “Especially when one of your parents is on the other side of the country.”

Weatherly knew he wanted to do things differently moving forward.

After his two-year engagement to his Dark Angel costar Jessica Alba ended in 2003, he met Janković in 2007, and they wed two years later. Weatherly says he now makes family time a priority.

“I don’t bring my work home,” he explains. “I’m a single-track-mind person, so at work I do my work, but at home I’m devoted to my kids.” He credits his profession for a lot of his personal growth. “Acting has given me a way of understanding myself,” he says. “It’s made me a better person.”

Weatherly jokes that his wife, an internist, “probably sees me more as a patient than a husband at this point,” but he is grateful for their successful eight-year marriage and looks forward to enjoying their golden years together. “I’m lucky. I have a wonderful wife and am well on my way to a very happy retirement,” he says. “I just gotta educate these kids first!”

Baby No. 3 on the Way for Michael Weatherly 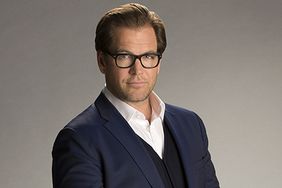