Messyness will kick off with a one-week special event beginning Aug. 23 on MTV

PEOPLE has the exclusive first look at Messyness, a new show premiering Aug. 23 on the network. Hosted by Jersey Shore star Nicole "Snooki" Polizzi, the series "showcases people living their best lives and being brave enough to celebrate their own messiness," according to an official description.

Polizzi, 33, will be joined by a panel of celebrities for each episode, including fellow reality star Tori Spelling, former Olympic figure skater Adam Rippon and comedian Teddy Ray.

Jersey Shore: Family Vacation Is Back in Full Force with Snooki's Return — Watch the Supertease

"Sometimes it's more than okay to be a mess," a narrator begins in the new promo, above. "Messyness celebrates life's most embarrassing moments — judgment free."

"I've been there and I'll do it again," Polizzi jokes.

As with Rob Dyrdek's original series and the subsequent spinoff Deliciousness, hosted by Tiffani Thiessen, Messyness will track down hilarious clips from all over the internet, including "everything from awkward proposals, to nights out gone wrong, and cheaters caught red-handed."

MTV Cribs Is Back! Scott Disick and Martha Stewart Reveal 'Where the Magic Happens' in Sneak Peek

MTV first announced the upcoming show last month, teasing that it "celebrates dating, partying, and all of the messy stages experienced in young adulthood."

"No matter the clip, we'll always be cheering on and reveling in the messiest behavior on camera yet," the network continued.

Messyness is set to kick off with a one-week special event beginning Aug. 23, with two new episodes airing each night at 7 p.m. and 7:30 p.m. ET on MTV. 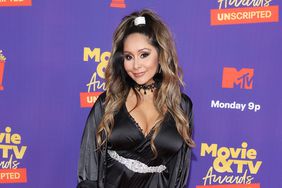 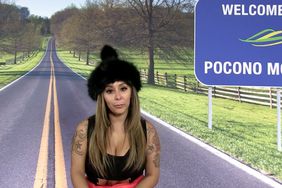 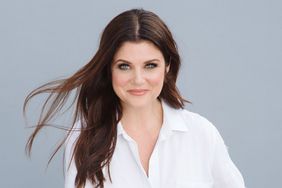