Originally brought on to boost ratings in the show's second season, Locklear played advertising executive Amanda Woodward, a character that would go on to land on endless "Best TV Villains" lists for years to come. "It was definitely a height of my career, it was great," she told Good Morning America in 2012. While Locklear's presence proved successful for the show, her return in the Melrose Place reboot in 2009 didn't save the series from cancellation: the show only lasted one season. Most recently, Locklear has made TV appearances on Franklin & Bash, Fresh Off the Boat and Too Close to Home.

Locklear's personal life took a hit when she was arrested in February 2018 on suspicion of felony domestic violence and battery on a police officer. The incident allegedly began when police received a domestic violence call around 9:40 p.m., after which officers arrived at her home in Thousand Oaks, California, according to The Blast.

TMZ reported that while Locklear was being arrested, the actress allegedly attacked a cop, which led to her additionally being arrested on three counts of misdemeanor battery on an officer.

Slipping into the white coat of Dr. Michael Mancini on the '90s drama, Calabro was the only original cast member to remain a series regular from start to finish. "With the notoriety of being so identified with Michael Mancini, it's a blessing [and] a curse," Calabro, who starred in the 2009 reboot, told She Knows the following year. While Melrose Place remains his most memorable role, the actor has kept busy in the TV realm, starring in The Last Ship, Glee and NCIS through the years.

Despite playing Bill Campbell on the show for six years, Shue set his sights on different goals following his departure. Shue, alongside his childhood best friend Michael Sanchez, became a cofounder of CafeMom and non-profit Do Something. Regardless, Shue — who is married to Good Morning America anchor Amy Robach — still looks back fondly on his time on the show. "We weren't catty. There were no divas. It really was a family," he recounted.

Bissett played Jane Mancini — the wife of Dr. Michael Mancini (Thomas Calabro) — a main character for the first five seasons, and returned again as a series regular in the show's final season. After wrapping up on the show, Bissett scored a leading role in The Secret Life of the American Teenager from 2008 to 2013, and made a two-episode appearance on the Melrose Place reboot. Her most recent starring role was in the 2017 TV movie, Wedding March 2: Resorting to Love.

The original cast member left Melrose Place after six seasons when his character, Matt Fielding, died in a car crash. Unlike the actor's onscreen counterpart, Savant has led a storied life, snagging coveted recurring roles in Desperate Housewives and 24. He has been married to his Melrose costar, Laura Leighton, since 1998. "We were friends on the set, but then it became, 'Oh my God, this person I think is so perfect is right here,' " Savant told PEOPLE. "The best thing that happened to me as a result of Melrose was meeting my wife."

Soap star Rinna joined the series in season 5 as troublemaker Taylor McBride, who broke up marriages, faked a pregnancy and launched an elaborate scheme to try and get her ex-husband back. She left the show after season 7, but continued on with her stint on Days of Our Lives and a series of other TV gigs. Now married to Harry Hamlin and mom to two teen daughters, she's a major player on The Real Housewives of Beverly Hills.

Sought after by producer Aaron Spelling, Show was cast as Jake Hanson on a few episodes of Beverly Hills, 90210 before starring in Melrose Place. Two years before its 1999 cancellation, Show, along with a handful of cast members, left the soap. From there, the actor starred in Big Love, Devious Maids, took the Broadway stage in Wit, and most recently signed on to play Blake Carrington in the Dynasty reboot.

Initially coming onto Melrose Place as an escort named Megan Lewis, Rutherford worked on the show from 1996 to 1999. While starring on Melrose was a big deal for any actress in the '90s, Rutherford's most memorable role remains her turn as Lily van der Woodsen on Gossip Girl.

Fresh off her stint as Allison Parker on the soap, Thorne-Smith continued working on Ally McBeal and found consistent work on According to Jim and Two and a Half Men. Most recently, the actress talked to The Insider about a possible reboot with the original cast of Melrose Place. "She's super drunk. It would not be pretty at this point," Thorne-Smith said of where her character would be present day, before adding: "I'd love to do something with everybody."

After Wagner — a.k.a. Dr. Peter Burns — starred on Melrose from 1994 to 1999, the actor graduated to a slew of equally beloved soaps, like The Bold and the Beautiful and General Hospital. Most recently, he reunited with his Melrose costar, Josie Bissett, in the TV movie Wedding March 2: Resorting to Love.

Aside from spending four years on Melrose as Sydney Andrews — a role she reprised in the short-lived reboot — Leighton has the show to thank for introducing her to her costar-turned-husband, Doug Savant. The pair have been married since 1998 and have two kids together. Professionally, Leighton just wrapped her seven-year turn as Ashley Marin on Pretty Little Liars.

Although a majority of people may recognize her from Desperate Housewives, Cross made a major splash with her five-season stint on Melrose Place, which delivered one of the show's most memorable scenes — when her character, Dr, Kimberly Shaw, revealed her scar after pulling off her wig. "I was doing Twelfth Night at the Old Globe in San Diego at the time they said Kimberly was coming back. I enjoyed doing Melrose but didn't want to give up the play. I decided to do both at the same time. My agent even said, 'Don't do it.' I just said, 'Watch me.' I remember flying up from San Diego to the set in Oxnard, going from Shakespeare to pulling off a wig to show a scar," Cross told The Hollywood Reporter about the big moment. "After that twist, and seeing how people went kooky for it, I realized, 'Oh god, this is real!' I didn't really understand what was going on for a long while until then." As for what she's up to now? Cross, a married mom of two, is back on TV with a starring role in Quantico.

Seasons 1 through 4 saw Zuniga take on the role of Jo Reynolds, which she reprised on the 2009 reboot. "The kids don't know us but their parents do," Zuniga told Good Morning America of still being recognized to this day. After Melrose, Zuniga snagged a starring role in One Tree Hill.

Estes joined the cast of Melrose Place in season 5, playing restaurateur Kyle McBride — his character was married to Lisa Rinna's Taylor. He was actually married to costar Josie Bissett by the time she scored her Melrose role, but the pair called it quits in 2006. Estes has made countless TV appearances, from 90210 to 2012's Necessary Roughness. He is currently working on the 2017 thriller The Purple Rose, opposite Pretty Little Liars star Janel Parrish. 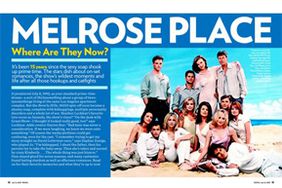 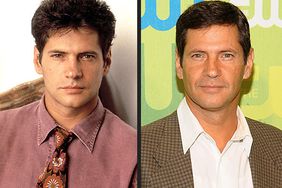 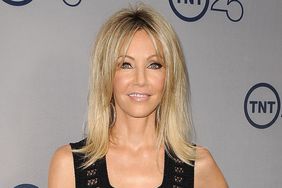 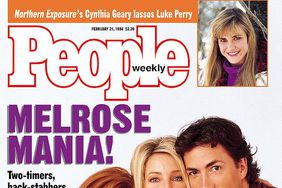 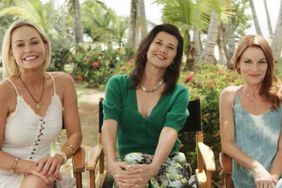