"I'm one of the only journalists, as opposed to pundits, creating a big space in podcasting. And that's unusual," the Megyn Kelly Show podcast host tells PEOPLE

Megyn Kelly is officially ready to be back in your life on a daily basis.

The former TV anchor is taking her podcast, The Megyn Kelly Show, to new heights with a deal on SiriusXM radio, announced Tuesday.

"My deal with Sirius is, I can talk about whatever I want. I touch third rails for a living, by design. I'm not built that way: to avoid these things," Kelly, 50, tells PEOPLE. "I want the fight. I enjoy discussion, fierce discussion and debate. I can't imagine giving that up again."

Before the debut episode in September on the Triumph Channel, Kelly's podcast aired three times a week, but you'll now be able to hear her talk for two hours a day all week long, if you're so inclined.

"One of the joys of the show is, you don't have to rush through the conversations. Today we dropped an episode with Brett Weinstein. He's very popular on the web," Kelly details. "This Evergreen State professor out of Washington State who was forced out of his job. It's a very progressive campus. So, yes, I wanted to talk about getting fired from the University, and he's been banned from YouTube for his vaccine talks. I really went hard on him."

Prior to the SiriusXM news, Kelly independently produced her podcast with her media company, Devil May Care Media. She will retain ownership under the new deal by avoiding any "corporate overlords," allowing her to interview political, legal, and cultural figures of her choice.

"I'm one of the only journalists, as opposed to pundits, creating a big space in podcasting. And that's unusual. I'm putting in all the time I would for a TV show here. I don't just read Twitter. I have a team of fact checkers," she notes.

Kelly left Fox News in favor of her own hour of Today on NBC back in 2017. However, her NBC show was cancelled shortly after in 2018.

Since she isn't one to shy away from controversy, would Kelly ever invite former President Donald Trump to join her on the podcast?

"Absolutely," she says. "The problem with Trump is that [he] takes a ton of time to prepare for. It's not worth doing if you aren't prepared to fact check him. That's how you have to do it. So you have to anticipate what he's going to say and what materials you need to address his points. He is also stream of consciousness, so you can't even address everything he says. You have to pick the most major thing he says. Trump talking gets ratings but that's a heavy lift."

"Trying to do a meaningful segment in three minutes is crazy. I'm so thrilled now that I can have as much time with people as I want. I don't know how many minutes the average person listens to it, but the advertisers don't care about that. The more dangerous the topic, the more attracted to it I am," Kelly explains. "Nothing I have done has been flagged or banned or anything. Any platform. And there's a reason for that. It's not that I'm not going to [do] difficult subjects, it's that I handle it responsibly. It's not that I'm some perfect person, but my approach is not to be intentionally provocative just for the sake of provocation."

The Megyn Kelly Show debuted at No. 1 on iTunes when it premiered last September. The SiriusXM premiere is Aug. 16 with best-of shows, followed by a live premiere on Sep. 7. 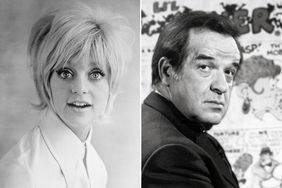 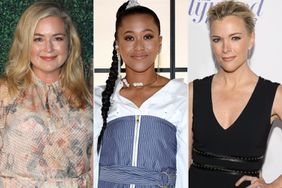 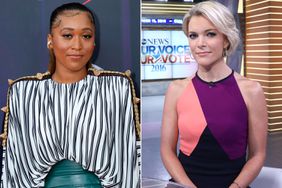 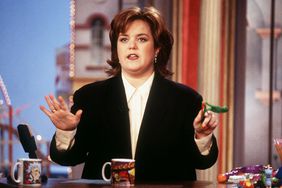 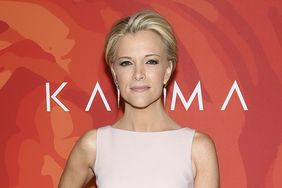 Megyn Kelly Launching Podcast at Her Own Independent Media Company