Kelly posed for a sexy GQ photo shoot in 201

When it comes to Megyn Kelly‘s sexy 2010 photo shoot for GQ, the Fox News anchor doesn’t mind if Donald Trump brings it up.

In January, the presidential candidate retweeted one of his supporters who called Kelly a “bimbo” for posing for the magazine in 2010, but Kelly wasn’t bothered.

“I wouldn’t have done that photo shoot if I thought it was something to be ashamed about,” Kelly, 45, tells PEOPLE in this week’s issue.

Trump’s retweet was one of many public digs he took at Kelly after the GOP debate in August where he felt she treated him unfairly.

Putting aside their differences over the last nine months, Kelly recently sat down with Trump, 69, for their highly anticipated interview on Megyn Kelly Presents airing May 17 on Fox broadcast network. (Kelly also interviewed Laverne Cox, Michael Douglas and Robert Shapiro as a part of the primetime special)

“I knew all along that if there could be a period of calm on his part, that I could go and approach him and we could get to a better place,” she says of her decision to reach out.

As for Trump, the presidential hopeful couldn’t have been happier to oblige her request.

“I have great respect for the fact that Megyn was willing to call me. Few people would have been able to do that,” he says. “She has natural showbiz ability with unlimited potential. Regarding the interview I know people will enjoy it.” 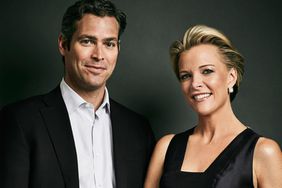 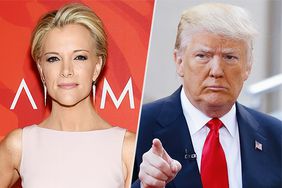 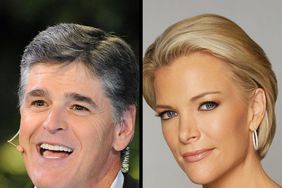