Meghan Trainor Laughs Off Confusing Guy After Vocal Surgery: He Said He 'Never Intended to Lead Me On'

Meghan Trainor is returning to the spotlight after vocal chord surgery forced her to take a hiatus from performing.

The “All About That Bass” star, 21, gives her first interview and performance after her health scare on Wednesday’s episode of The Ellen DeGeneres Show.

Thanks to some hilarious prodding from DeGeneres, Trainor admits a mystery man was a distraction from her vocal troubles in August.

“There was a guy that I Instragrammed and I didn’t put a caption, so the whole world freaked out, AKA all my Megatrons,” she says of her fanbase’s reaction. “All the fans were like, ‘What is this?'”

She continues, “It was just a little nothing. Nothing. But I did get a great song out of it.”

Trainor says her new jam “Lead Me On” is “sweet” and inspired by how her love interest admitted he “never intended” to make her think they’d be together.

Over one month after opening up about her medical journey on Instagram, Trainor explains she opted for surgery to repair a hemorrhaged vocal chord because the alternative was not speaking for about four months.

“Nobody has time for that,” she says with a laugh.

Even though Trainor couldn’t speak for weeks after the procedure, the singer-songwriter found new ways to communicate.

“The phone is how I spoke to people,” she explains. “I had an app that texts to speech where you can type in stuff and you can speak like a robot.”

Now Trainor is ready to belt out her hits again. John Legend joins her on DeGeneres’ show for a performance of their hit duet “Like I’m Gonna Lose You.” The appearance comes mere days after the crooner and wife Chrissy Teigen announced she is pregnant with their first child. 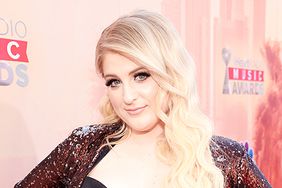 Meghan Trainor: Needing Vocal Cord Surgery 'Was a Big Slap in the Face' 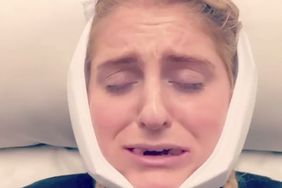