For starters, she's not that Mandy Moore

Dancing with the Stars: Juniors has officially unveiled its line-up of celebrity judges, and while you might already know Olympic figure skater Adam Rippon and DWTS‘s own Val Chmerkovskiy, you might not know as much about the show’s third incoming panelist despite her having a very famous name.

Choreographer Mandy Moore rounds out the network’s trio of talent, after a long and successful history of working with dancers on reality programs just like this, and there’s a very good chance you’ve watched her work before.

Here are just a few of the things you should know about Mandy Moore ahead of her turn as one of DWTS: Juniors‘ inaugural judges.

1. She’s not that Mandy Moore.

Although This Is Us star Mandy Moore has certainly proven her mettle as a performer, she’s not a dancer by trade, and it’s only a coincidence that the choreographer (whose full moniker is actually Samantha Jo Moore) shares a name with the actress-slash-singer.

Of course, any confusion about that is only natural, and the good news is this Moore seems to keep a sense of humor about it all. She even has the social media handle @NopeNotHer as a nod to the common confusion.

It’s not just dancer Moore who bears the brunt of the name swappage, either. The TV star recently admitted on The Tonight Show with Jimmy Fallon that she’s gotten some misdirected attention sent her way as well. “There is in fact another Mandy Moore out there, and she is a dynamite choreographer,” she told the talk show host in 2017. “I’ve gotten e-mails over the years from people just like, ‘Congrats on the Emmy nod!’ and I’m like, ‘Eh, not me.’ … I’m the worst dancer, which is the irony here. I have no rhythm.”

2. She’s an Emmy winner with gobs of experience.

She got her start on TV with work behind the scenes on reality competition shows like American Idol and America’s Got Talent before landing a regular gig putting together routines for So You Think You Can Dance and Dancing with the Stars. Her work on SYTYCD has earned her a whopping five Primetime Emmy nominations over the past decade, but it was her sprawling DTWS Season 23 routines — namely, “On Top of the World” and “Carol of the Bells” — that finally earned her a trophy to take home.

In addition to her celebrated TV work, Moore has also been essential to some very high-profile cinematic productions. She has enjoyed some minor on-screen roles in films like Bubble Boy, Austin Powers in Goldmember and Did You Hear About the Morgans?, but it’s her choreography work that’s earned her the most clout in Hollywood.

Without her, for example, Jennifer Lawrence might not have won that Oscar for Silver Linings Playbook, because it was Moore who worked with her and costar Bradley Cooper to develop their dance skills and simulate their increasingly non-amateur studio routine. The same can be said for Emma Stone, whom Moore worked with on La La Land (in addition to Ryan Gosling and the 100+ other extras that rounded out the film’s gigantic dance numbers) before she took the stage to collect her own Academy Award.

For Moore, La La Land was a career benchmark of sorts. She told the Denver Post, “I feel like La La Land is the Super Bowl of your career. For this to happen for dance, for it to happen for me, and choreography, I mean, this is huge, huge, huge. I might need to hang up these shoes after this.”

4. She’s already got loads of experience working with kids.

The kiddos in DWTS: Juniors will be in good hands with Moore on the judge’s panel because when she’s not tearing it up on the reality TV and film circuits, she also teaches as part of the faculty for JUMP, a regular convention that gathers hundreds of kids every year to train with the best.

“At a convention, you have the chance to share your knowledge and what you believe about being an artist with 1,500 kids—in a single weekend. There’s not another platform like that,” she told Dance Magazine.

She’s already witnessed her work with little ones paying off, too. “I’ve known dancers since they were 7, and now they’re on Broadway or in companies. They come to my class at Steps or assist at NYCDA. It’s like my other family,” she said.

Moore’s resumé is stacked with accomplishments, but with DWTS: Juniors, she doesn’t appear to be slowing down anytime soon. The 42-year-old admits that there’s a certain rush to working on live performance shows like this, telling Dance Magazine, “So You Think You Can Dance was one of my first jobs, so it feels like home. I love the chaos of live television; as soon as one show is over you’re on to the next.”

With that kind of can do spirit, we can count on Moore to be an entertaining and exciting voice on this new series. 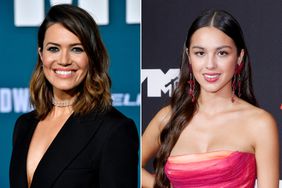