Matt Lauer is putting his attention on his family after he was terminated from NBC over allegations of “inappropriate sexual behavior in the workplace.”

“His family is his focus at the moment,” a source tells PEOPLE.

The Today host, 59, married Dutch model Annette Roque in 1998 after meeting on a blind date, and they have three children: son Jack, 16, daughter Romy, 14, and son Thijs, 11. (Lauer was previously married to television producer Nancy Alspaugh from 1981 to 1988.)

Page Six reports that Lauer has left New York to “explain what happened and why he was fired in person” to Jack.

Roque briefly filed for divorce in 2006. Newsweek reports in court documents, Roque claimed Lauer committed “cruel and inhumane” acts against her that endangered her mental and physical well-being as well as repeatedly criticized her parenting skills.

In 2010, the couple slammed a report that said they had split and Lauer had moved out of their home as “a work of fiction.”

“I am living in my apartment with Annette and my children as a family and a couple,” Lauer told PEOPLE. “I have never moved out. I am not moving out. There is no truth to that.”

Roque stated in a separate interview with PEOPLE, “Out of self respect, I want to stand up for our family and protect them.”

Lauer acknowledged past difficulties in the marriage, but he labeled reports that he cheated on her as “ridiculous” and “offensive.”

“Have we had a completely perfect, easy marriage? No. But the stories you’ve read over the years are not true,” the TV personality said. “I don’t think we’re any different than any married couple that’s been together for 12 years. The accusations [of infidelity] are ridiculous and I’m not going to [dignify] them with an answer. It’s not true.”

Roque also acknowledged past marital difficulties but said, “We have worked through it.”

NBC announced Lauer, who signed a $20 million dollar contract in 2016, had been terminated Wednesday.

A source tells PEOPLE the host was fired for alleged inappropriate sexual behavior throughout 2014, including at the Winter Olympics in Sochi, Russia.

An NBC staffer filed a complaint Monday “that was serious enough that he was terminated,” the source explains. “The accuser described inappropriate sexual behavior in the workplace occurring throughout 2014.”

“On Monday night, we received a detailed complaint from a colleague about inappropriate sexual behavior in the workplace by Matt Lauer. It represented, after serious review, a clear violation of our company’s standards. As a result, we’ve decided to terminate his employment,” NBC News chairman Andrew Lack said in a memo to staff announcing Lauer’s firing Wednesday morning, read aloud on Today by Lauer’s co-anchor Savannah Guthrie. “While it is the first complaint about his behavior in the over twenty years he’s been at NBC News, we were also presented with reason to believe this may not have been an isolated incident.”

“Our highest priority is to create a workplace environment where everyone feels safe and protected, and to ensure that any actions that run counter to our core values are met with consequences, no matter who the offender,” Lack continued in the statement. “We are deeply saddened by this turn of events. But we will face it together as a news organization – and do it in as transparent a manner as we can. To that end, Noah and I will be meeting with as many of you as possible throughout the day today to answer your questions.”

Guthrie and her Today co-hosts Hoda Kotb and Al Roker were clearly shaken by the news.

“We just learned this moments ago, just this morning,” Guthrie said, with her voice breaking. “As I’m sure you can imagine, we are devastated and we are still processing all of this. And I will tell you right now, we do not know more than what I just shared with you. But we will be covering this story as reporters, as journalists. I’m sure we will be learning more details in the hours and days to come, and we promise we will share that with you.”

Roker was visibly upset, saying that he was “trying to process” the news about his friend of 30 years. 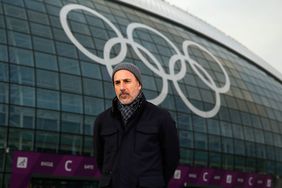 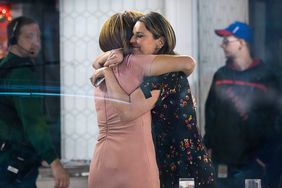