Matt James Weighs in on Whether Katie Thurston Should Be the Next Bachelorette: 'She's Bold'

Matt James wishes Katie Thurston nothing but luck on the next leg of her journey — including if she ends up as the next lead on The Bachelorette.

On Thursday's Watch What Happens Live with Andy Cohen, the current Bachelor, 29, shared his thoughts on fans calling for Thurston, whom he sent home on this week's episode, to be the next Bachelorette.

First addressing the drama between Thurston, 29, and Serena Chew, James said, "When I saw Serena C. and Katie's exchange, that had nothing to do with my feelings for Katie at that time. [It] doesn't say anything about her as a woman and how incredible she is, because she was there for a reason."

"And those are the type of women that should be in consideration for a Bachelorette role," he told host Andy Cohen. "She's bold, she's courageous and she stands up for what she believes in."

James eliminated Thurston on Monday's episode after telling her during the evening portion of their one-on-one date that he didn't have "those feelings that I need to have for finding a wife in this process" — a decision Thurston said she "didn't [see] coming at all."

And despite rumors that she could be the next Bachelorette, franchise host Chris Harrison recently told Extra that as far as he knows, the next female lead hasn't been selected yet.

"So as far as I know, nobody has been named the Bachelorette. And I promise you this, it will not be a part of the Tell All special at all," continued Harrison, 49, adding that a "large debate" about who could be the next female lead is still going.

Later on WWHL, during a game of "Truth or Drink," James avoided directly speaking about Victoria Larson — this season's self-appointed "queen," whom he also sent packing last week — when Cohen asked him to rate how much he actually liked her from 1 to 10.

"Oh, wow, very good," Cohen, 52, said as James knocked back his cocktail. "Wow, he's chugging it — that's how much he doesn't want to answer that question."

James previously told PEOPLE (the TV Show!) that it was "easy" to withhold a rose from Larson, 28, given how much drama she'd stoked with her fellow contestants.

"It was an easy [decision]," he said. "When that information was made available to me about what was going on in the house, that type of name calling and just blatant lies and rumors is unacceptable." 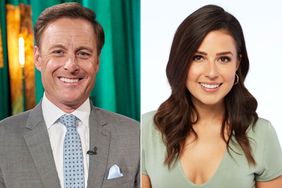 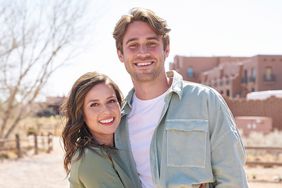