'The Masked Singer' Finale: Who Could the Bee, Peacock and Monster Be?

The three finalists — bee, monster and peacock — will battle it out on Wednesday evening's The Masked Singer finale for the golden mask

It’s down to the final three contestants on The Masked Singer — but who could the celebrities behind the masks be?

On Wednesday evening’s two-hour finale, the bee, monster and peacock will battle it out to be crowned champion of the reality competition series.

Since the series’ premiere, audiences — and celebrity panelists Robin Thicke, Jenny McCarthy, Nicole Scherzinger and Ken Jeong, alongside guests — have been scratching their heads and listing their guesses about the true identities of the disguised celebrities.

With just hours until the their identities are revealed and a winner is declared, here’s who the panelists and viewers think the masked trio could be.

The Bee: A Woman

Clues: “I’m a people person, let me tell you something,” the bee said on the show. “Behind this mask it’s difficult because I’m cut off in a way from you. I need to see you, I need to touch you, I need to feel you. And that’s the way it is for me whether I’m performing or just walking down the street saying, ‘Hey!’ ”

And we know she has won about 10 Grammy awards.

The Monster: A Man

Clues: “I never cared about the rules of the game until I became a player in this competition,” he said on the show. “I learned the hard way that it takes just one slip to make you lose your place in the world. I’ve been vilified and persecuted for sounding like a ringtone. But it ain’t me. Putting on a front made me angry and after doing some soul searching, I was ready for something new. It’s crazy that having my identity stripped has brought me the comeback I’ve wanted for a decade. I’ve been hiding behind faster tracks — until now. I’m finally ready to slow it down.”

“I’m a father, a husband, a son, a brother and more than anything I’m a person,” said the monster.

The Masked Singer Renewed for Season 2

The Peacock: A Man

Clues: “I have dedicated my life to show business,” he said on the show. “This mask transforms me into another character. It’s funny because at home, my partner would look at me and I’d be walking through the house like this [struts], and my partner would say, ‘Let it go, you’re not a peacock at home.’ ”

“I’ve been getting fan mail since I was a wee little pea chick. After all, I started my career as a showbiz prodigy, and it’s led me down many different magical paths,” he said. “I’ve performed on stages, screen, I’ve hosted award shows. And I’ve accumulated fans all over the world, including knights, kings and queens. But the crazy thing is, those fans don’t even know I’m here.”

Leading up to tonight’s finale, who do you think the three finalists could be? 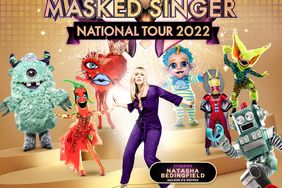 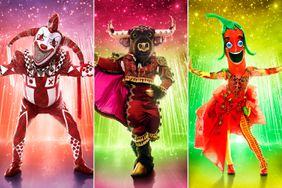