"The incident was a late night and it didn't stop with a kiss," Letourneau says in a new interview with Barbara Walters

Mary Kay Letourneau and her student-turned-husband Vili Fualaau revealed never-before-heard details about their first sexual encounter during an interview with Barbara Walters that will air Friday night.

The couple, who are approaching their 10th wedding anniversary, first forged an emotional bond in 1996 when Letourneau, then 34, was 12-year-old Fualaau’s sixth-grade teacher.

Letourneau, who at the time was married with four children, thought Fualaau was a gifted drawer, and she began spending time with him to help him develop his skill. Their relationship turned sexual by that summer.

“The incident was a late night, and it didn’t stop with a kiss,” Letourneau told Walters, according to ABC. “And I thought that it would, and it didn’t.”

When asked whether she felt “guilty” or “disgusted” with herself for having an affair with Fualaau, Letourneau replied, “I loved him very much, and I kind of thought, ‘Why can’t it ever just be a kiss?’ ”

Today, Letourneau is 53 and Fualaau is 31, and they have two teenage daughters, Audrey, 17, and Georgia, 16. Against all odds, their relationship has stood the test of time.

Not that it was ever easy.

Letourneau became pregnant with Fualaau’s child by the end of the summer of 1996. In 1997, Letourneau’s husband discovered a love letter she had written her former student, who was then 13, and turned it over to the police, and she was arrested. She gave birth to her and Fualaau’s first daughter while out on bail in May 1997.

Letourneau was sentenced to 89 months in prison in November 1997 but was paroled after six months – on the condition that she stay away from Fualaau.

Fualaau confessed in the 20/20 interview that he struggled with depression during this “dark time” and the years that followed.

“I’m surprised I m still alive today,” he said. “I went through a really dark time.”

Not having a strong support system when Letourneau became pregnant with his children was the hardest part.

“It was a huge change in my life, for sure. I don’t feel like I had the right support or the right help behind me,” he said. “From my family, from anyone in general. I mean, my friends couldn’t help me because they had no idea what, what it was like to be a parent, I mean, because we were all 14, 15.”

And not being allowed to visit Letourneau while she was in prison made it even harder.

“I mean, if they gave me more options or choices to make instead of just saying, ‘Oh, you can’t talk to her anymore,’ and I was like, ‘I really do want to talk to her, though,’ ” he said.

Letourneau was released from prison in August 2004, and she and Fualaau wed 10 months later. They’ve been together ever since. 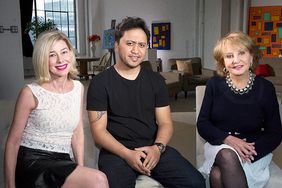 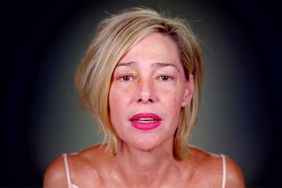