After her last relationship left her with a broken heart, Lillian Vilchez focused on her career, but the real estate agent is now ready to find lasting love with Tom Wilson, a yacht interior specialist, on Married at First Sight (a social experiment show where couples meet for the first time on their wedding day). The newlyweds are alternating each week blogging exclusively about the ups and downs of marriage for PEOPLE. Check back after every episode and follow them on Twitter: @Lillian_MAFS and @Tom_MAFS!

It’s Tuesday and also my turn to blog about the new episode of Married at First Sight! I think this is an interesting episode because we gain even more insight into our day-to-day life. As you guys have probably noticed, I tend to be a workaholic and I don’t know how to separate work from leisure time. I mean, being single for so long, I was so used to constant work and now that I’m married to Tom, it has been a tad bit difficult to realize that I need to separate work from quality time with my husband.

For the record, I have to put this out there: I get paid solely off commission — meaning that if I don’t work, I don’t make any money. And I am very ambitious. I’m only 25 years old and I feel that this is the time for me to save for the future … “our future together.” So when our one-month anniversary came around, Tom and I decided that now that we know each other better, we should rewrite our vows and tailor them to our relationship.

But unfortunately, with so many things going on (clients in town, work, picking up his anniversary gift, traffic, etc.), I wasn’t able to sit down and patiently write them. I refuse to rush something so important and didn’t think it would be fair to Tom to do it as a last minute thought, so I decided I would just be honest with him and tell him that they weren’t ready — not because I didn’t care, but because I care SO MUCH and respect him enough to take the time to sit down and write them from the heart.

I know Tom was a bit hurt because they weren’t ready (mainly because it was due to work) but I think I made up for it with his gift. I met a Miami artist this past Art Basel and had her paint a picture of Tom surfing. I got the still from one of his surfing videos and was super excited to give it to him because the details were amazing and it is a beautiful painting. When he opened it, his reaction was priceless!

He was so moved and said that nobody had ever given him a gift that special in his life and that comment in itself surprised me because it shows me that he really hasn’t had anyone in his life that wants to make him feel special. Like I previously mentioned in another blog, I always want to make my husband feel like the most important man in my life. I want him to always feel my love, although sometimes I fall short and that’s not the case.

A perfect example of that was the day Tom was teaching me to surf. It was a weekday and I had work to do, so I thought since I was taking the day off, it was okay to take my laptop and do some work on the ride to the beach. I didn’t think it would bother Tom, but he was trying to have a conversation with me and, as much as I thought I could multitask, I couldn’t. I ended up ignoring him for the majority of our conversation and he even started saying some wild things and, because I was so immersed in work, I didn’t even realize he was doing it.

Looking back, I realize that my actions brought up Tom’s insecurities of me not being fully committed, and although that was never my intention, I see how he could take it that way. It also taught me to learn to live in the moment! Life is not just about work, it’s about memories and I want to make lifelong ones with my husband … like surfing.

Surfing was extremely hard — I don’t think I’ve ever been so terrible at any sport. I wasn’t able to stand on the board even if my life depended on it, but I didn’t care because I was having so much fun. It meant the world to me that Tom wanted to take the time to teach me and share this experience with me because I know that surfing is very important to him. It’s his stress reliever, his special place — and for him to share it with me made me feel special. It showed me that I am an important person in his life and he wants to share his life with me.

Later that week, Tom and I decided to go bowling with friends. I invited my girlfriend Sandra and Tom invited his friends Chris and Harrison. From he first frame, it was a full on competition for who would be named the next bowling champ!

Sandra beat everyone and came in first place. I beat Tom (in case you were wondering), but still ended up in third place. I’m not a good bowler by any means but I’m very competitive so it was fun for all of us to have some friendly competition going on.

I was able to knock out a couple of strikes and it was an overall fun night. And when we got home, the fun didn’t stop. One of my favorite things about our relationship is the fact that we’re able to be silly with one another, joke around and laugh … God, I love to hear my husband laugh!

On that note, let me go be silly with my husband and enjoy his company with lots of laughter and zero work! 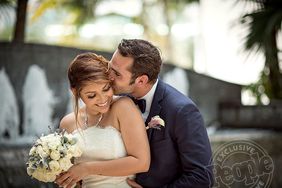 'Married at First Sight' 's Lillian Vilchez: Why She Was So Nervous About Husband Tom Wilson's Birthday 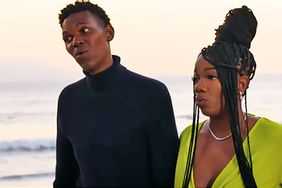 They Do or They Don't? 'Married at First Sight' 's Tom Wilson and Lillian Vilchez on Their Make or Breakup Decision 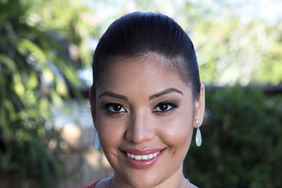 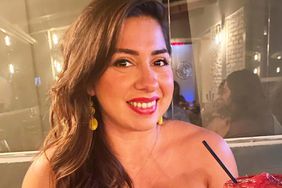 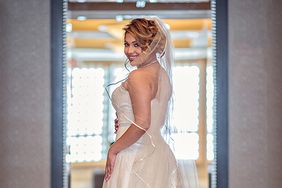 'Married at First Sight' 's Lillian Vilchez on Why She Cried After Sex: 'I Had a Freak-Out Moment'

'Married at First Sight' 's Lillian Vilchez: Why She Walked Down the Aisle 'Before' Meeting Her Husband

'Married at First Sight' : Cody Knapek Had a 'Blow' to His Confidence When Danielle DeGroot Rejected Him in the Bedroom 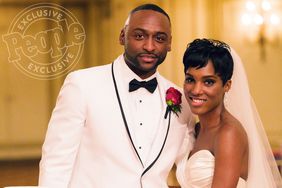 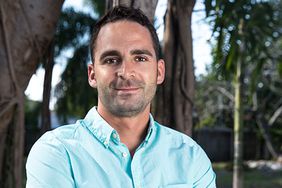 'Married at First Sight' 's Tom Wilson: Why I Didn't Consummate My Marriage on My Wedding Night